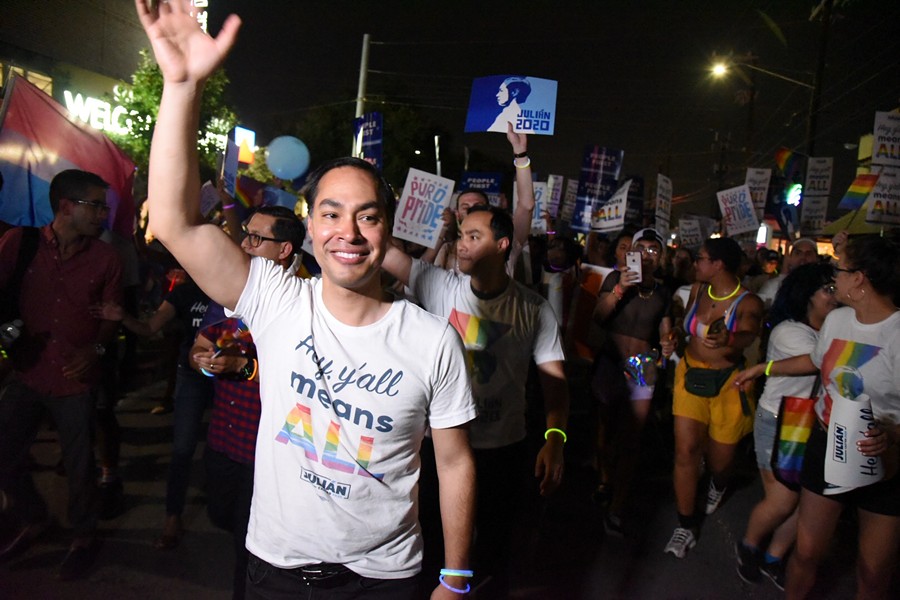 Julián Castro seems to be clinging to the mojo he gained after an out-of-nowhere performance in the first Democratic presidential debate resuscitated his flagging campaign.

On Monday, the former San Antonio mayor and Obama administration housing secretary announced that he'd pulled in 130,000 donors — one of the tests to qualify for fall's primary debates. And, on Tuesday, he revealed details of a return trip to New Hampshire, the first-in-the-nation primary state.

"As our message spreads, we gain more and more supporters," Castro said in a press statement. "I’m going to keep working hard every day to share a positive vision for our future and show that I am the candidate who can beat Donald Trump."

To take the stage in the September and October debates, party rules require candidates to amass 130,000 donors and also chalk up 2% support in at least four polls.

Thanks to a flood of post-debate donations, Castro seems to be in good shape on the former, but it remains to be seen whether land the latter. His voter support is between zilch and 3% in Real Clear Politics' list of polls — hanging in at average of just 1.1%.

Even so, Castro's continuing to make his case directly to voters. His July 18-19 jaunt to New Hampshire will be his fifth to the state since launching his candidacy in January. The trip will include five stops, ranging from a meeting with housing advocates in Portsmouth to a Nashua town hall.