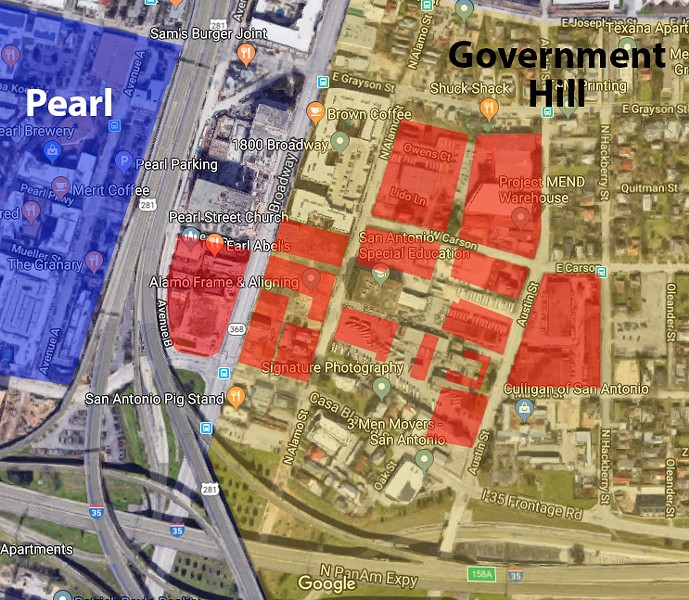 The rezoning on Tuesday of two properties on the 1800 block of North Alamo Street help us understand the 23-acre mixed-use development GrayStreet Partners is planning in the fast-changing neighborhood of Government Hill, opposite the Pearl from Broadway.

The overall character of Broadway East, which Graystreet is marketing as an extension of the Pearl, is unknown. So is the construction timeline. French said Graystreet isn’t ready to talk in detail about its plans.

We know Graystreet acquired most of the land from SAISD, which is building a new headquarters on the former Fox Tech football field and track. The company also has an agreement to purchase the Project MEND warehouse on Austin Street.

GrayStreet also has the go-ahead to begin construction on a 20-story hotel and office tower, the only parcel of its campus on the Pearl side of Broadway. Luxury brand W Hotels is slated to operate in the tower, according to the San Antonio Express-News.

On its website for Broadway East — broadwayeastsa.com — Graystreet describes the sprawling development as “creating a distinctive, pedestrian-friendly destination in the heart of San Antonio’s most dynamic urban neighborhood. We’re combining bright, high-ceilinged retail and restaurant spaces with creative office and upscale residences to create a truly mixed-use environment. And we’re connecting these places to each other—and linking them to the heart of the Pearl District — with walkable streets and thoughtfully designed public spaces.”

Of the 15 property owners within 200 feet of the land on North Alamo, one opposed the rezoning, city officials said at the Zoning Commission meeting. The officials did not identify the property owner.

They also said Government Hill Alliance, the neighborhood association that represents this near-East Side community, did not respond to the notice.

Residents of Government Hill have been divided on how best to absorb development that’s entering the historic neighborhood from Broadway. A second residents group, called Government Hill United, which is known for being more skeptical of developers—but not necessarily opposed to them—was blindsided by the rezoning, they said.

For more on the two approaches to gentrification in this neighborhood, read “Amid rapid change, Government Hill divided on how to absorb incoming development.” 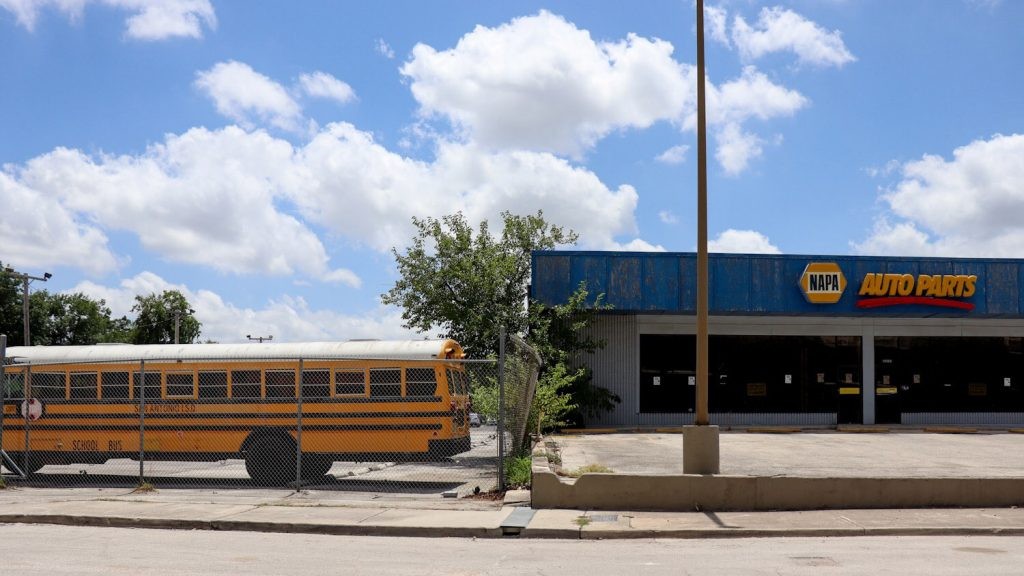