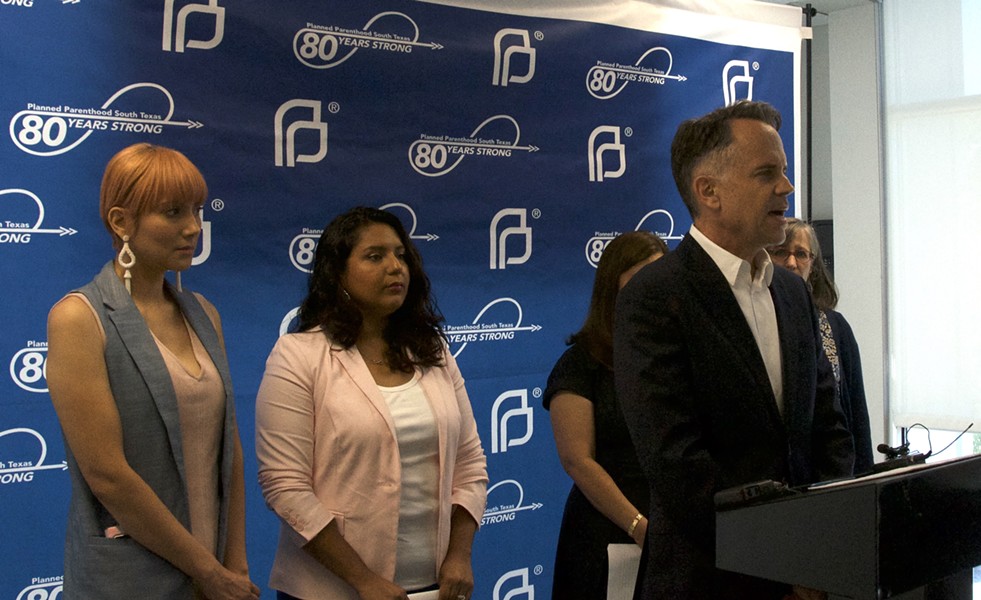 A new state law prohibiting cities from sharing goods or services with any organization that provides abortions hasn't been a roadblock for Planned Parenthood in South Texas, an official with the group said Wednesday.

The Texas Legislature passed the measure in May after conservatives objected to a sweetheart lease Austin extended to Planned Parenthood in that city. Under the new rule, Planned Parenthood and others are no longer able to operate in municipal facilities.

"Is [the new law] a nuisance? Is it an inconvenience?" Hons asked. "Yes, but we're going to be fine."

At the event, women who received health care from Planned Parenthood discussed the benefits of its birth control services and health exams. Former Planned Parenthood South Texas medical director Dr. Deborah McNabb also pointed out that abortions account for only a fraction of the services it offers.

"If Planned Parenthood hadn't been there for me, I'm not sure where I'd be," said Olivia Ortiz, a breast cancer survivor who credits a checkup from the organization with discovering her tumor.

While the new Texas law doesn't prevent Planned Parenthood from providing any of the services discussed at the event, Hons said it could force the relocation of some programs such as a reading group once held at the San Antonio Public Library.

"That's the part that seems silly to me," he said. "What are [lawmakers] trying to achieve?"