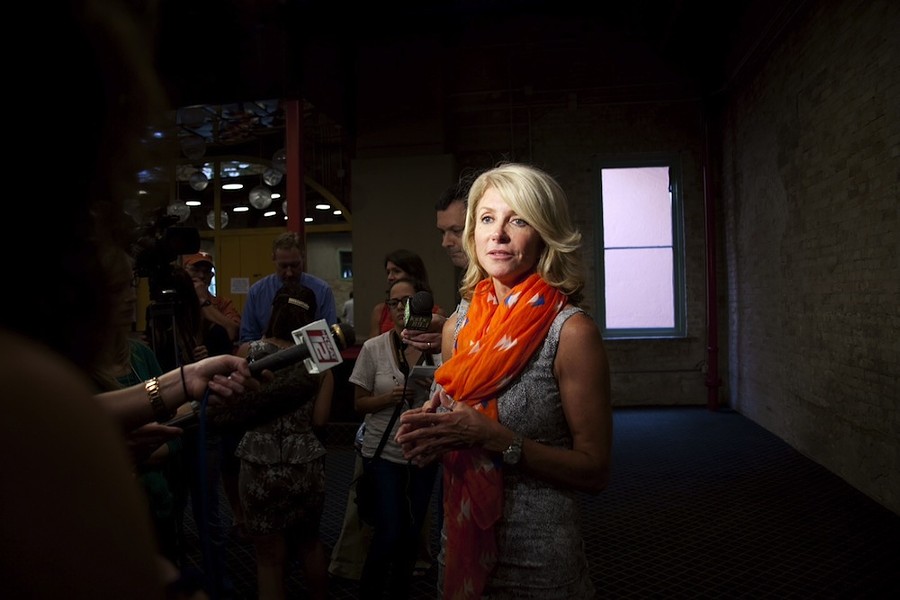 “Wendy spoke to the congressman directly that she plans on running,” Abigail Sheppard, Vela's press secretary, told the newspaper.

Davis is the Democratic lawmaker who grabbed national attention in 2013 for undertaking a 13-hour filibuster against restrictive anti-abortion legislation while wearing pink running shoes. She became the Democratic nominee for governor the following year but lost to Gov. Greg Abbott in a 20-point drubbing.

Texas' 21st Congressional District district, which includes part of San Antonio, has historically been GOP territory, but Democrats targeted it after Joseph Kopser came within 3 points of defeating Roy in the 2018 midterms.

It appears that Davis is already gaining high-powered support for a run.

House Speaker Nancy Pelosi and other House leaders are pulling together a gathering of potential supporters to meet with Davis in early next week in Washington, D.C., according to an invitation obtained by The Texas Tribune. Nine of the 13 Democrats in Texas' congressional delegation are listed as co-hosts for the event.