ICYMI: Motorcyclist Busted By Police After He Stopped for Gas During High-Speed Chase 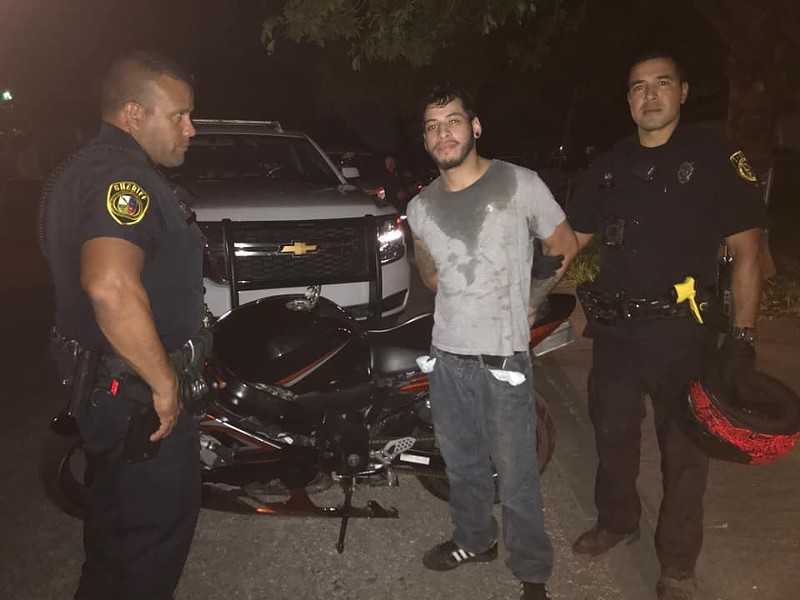 A San Antonio man is in police custody after failing to outrun the fuzz during a high-speed chase.

His downfall? He stopped for gas.

A Bexar County Sheriff's deputy pulled over a motorcyclist on the city's Northeast Side early Sunday morning for a routine traffic stop. However, the motorcyclist took off from the scene as the deputy approached him on foot.

The suspect, later identified as Louis Salazar, reportedly reached 150 mph during the 30-minute chase.
During the pursuit, Salazar reportedly pulled into a gas station to fill up. He had already paid and was at the pump when deputies spotted him. And, yet again, Salazar fled the scene.

Authorities used a helicopter from the Department of Public Safety to track down the suspect, who was located at a home on Sunrise Creek Drive. Authorities reportedly found him in the back yard and took him into custody.

Salazar has since been charged with evading arrest, driving while intoxicated and failure to stop.