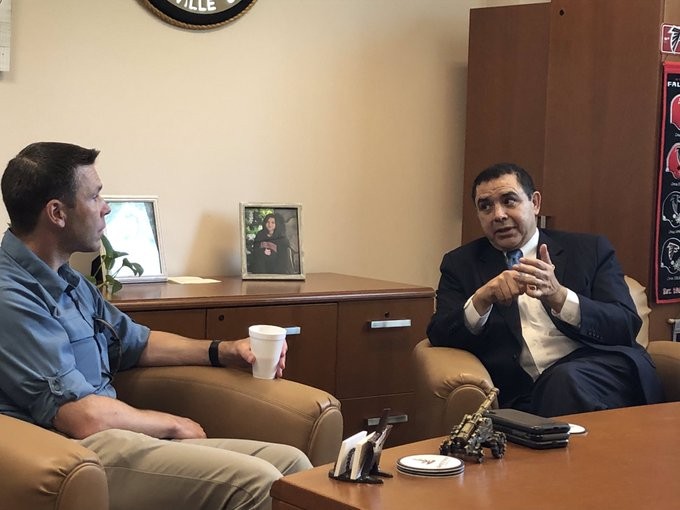 Near-term reimbursement is on the way for the City of San Antonio and local nonprofits to cover their cost of aiding asylum seekers who cross the U.S.-Mexico border, U.S. Rep. Henry Cuellar said.

"Local government and organizations are on the front lines of this humanitarian crisis," said Cuellar, a Laredo Democrat who fought to include the reimbursements in Congress' recently passed $4.5 billion emergency border aid bill. "That’s why I’ve worked hard to secure the $30 million ... to ensure that our local communities receive the reimbursements they deserve.”

Under the bill, that $30 million in funding is supposed to be available by July 31 to municipalities and nonprofits that apply for it. However, Cuellar's office warned that FEMA, which is making the money available through its Emergency Food and Shelter program, may miss the deadline. His office is holding discussions to determine when the payments are likely to be disbursed.

San Antonio, along with Catholic Charities, the San Antonio Food Bank and Travis Park Church have spent more than $1.3 million since March assisting migrants passing through the Alamo City, according to a Rivard Report story citing city numbers.

The city operates downtown's migrant resource center, while the nonprofit groups have provided shelter, meals and other help for asylum seekers who pass through after being released by federal authorities at the southern border.