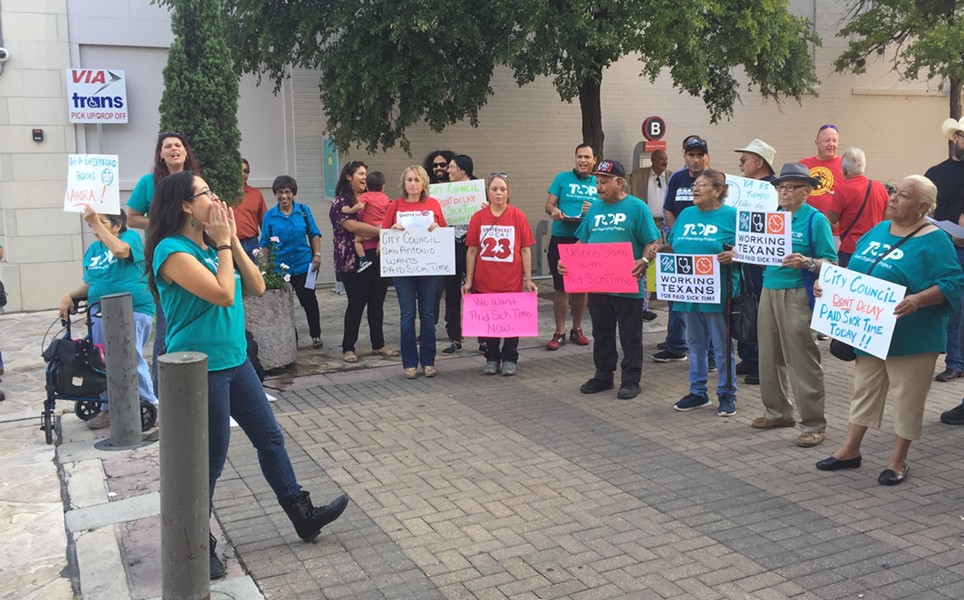 A state district judge has approved a deal pushing back the start date of San Antonio's new paid sick time ordinance from August 1 to December 1, according to a Texas Public Radio report.

Judge Sol Casseb on Wednesday morning approved a delay agreement between the city attorney and business groups opposing the rule, which requires employers to give workers a set number of paid sick days annually.

Supporters of the law had asked the court to disallow the delay, arguing that the city attorney's office acted beyond its authority. City council approved the measure last year after labor and progressive groups mounted a successful petition drive asking for its adoption.

Business interests, including the San Antonio Restaurant Association, sued last week to stop the ordinance. Their attorney argued that the measure violates the state's minimum wage law — an argument that derailed a similar rule passed by the City of Austin.

San Antonio's city attorney maintains that delaying until December would allow staff to refine details of the law. However, Mayor Ron Nirenberg and three members of council have said that they never signed off on such an agreement.

A lawyer representing the Texas Organizing Project, one of the groups that led a petition drive, told TPR that supporters of the new law will evaluate their next steps in the legal battle.