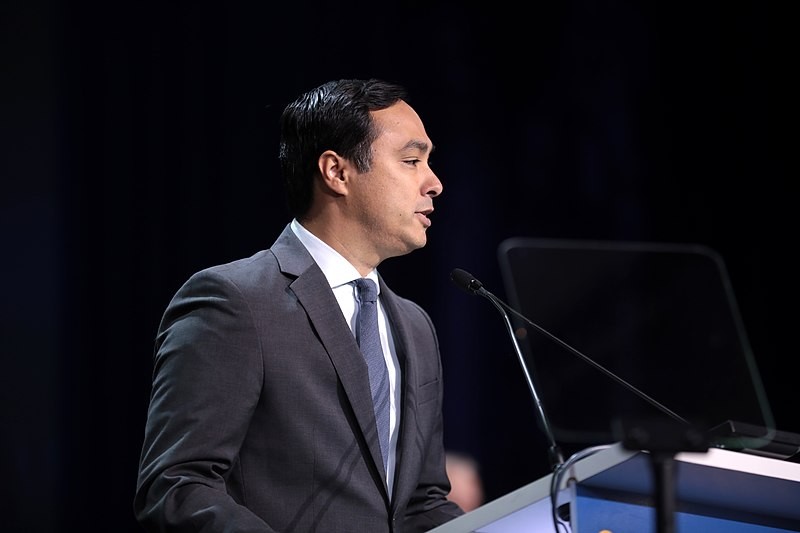 San Antonio Congressman Joaquin Castro is defending his decision to tweet out the names of 44 people in his hometown who maxed out their political donations to President Donald Trump this year.

In a series of statements on Twitter, the Democrat tried to deflect criticism for sharing a graphic that lists local Trump donors, including Balous Miller, retired CEO of the Bill Miller Bar-B-Q chain; Kit Goldsbury, the billionaire founder of the Pearl complex; and former Valero Energy CEO Bill Greehey.

Since then, Steve Scalise — the House minority whip wounded when a gunman fired on Republican lawmakers practicing for a baseball game — tweeted that Castro had "personally targeted" individuals for their political views.

“This isn’t a game. It’s dangerous, and lives are at stake,” Scalise said. "I know this firsthand."

Sad to see so many San Antonians as 2019 maximum donors to Donald Trump — the owner of ⁦@BillMillerBarBQ⁩, owner of the ⁦@HistoricPearl, realtor Phyllis Browning, etc⁩.

Their contributions are fueling a campaign of hate that labels Hispanic immigrants as ‘invaders.’ pic.twitter.com/YT85IBF19u

Castro defended his move, however, pointing out that campaign contributions are a matter of public record and that the graphic he posted Monday didn't include addresses or phone numbers for the individuals.

"It’s publicly reported info printed in newspapers routinely from the @nyt to the @dcexaminer," Castro wrote in response to a tweet from Tim Murtaugh, communication director for the Trump campaign. "You know that.”

Castro also pointed out that Trump's campaign has paid for more than 2,000 Facebook ads with anti-immigrant language similar to that used by the El Paso mass-shooting suspect.

“That is truly dangerous for millions,” Castro added. “Will you commit not to run another ad like that?”