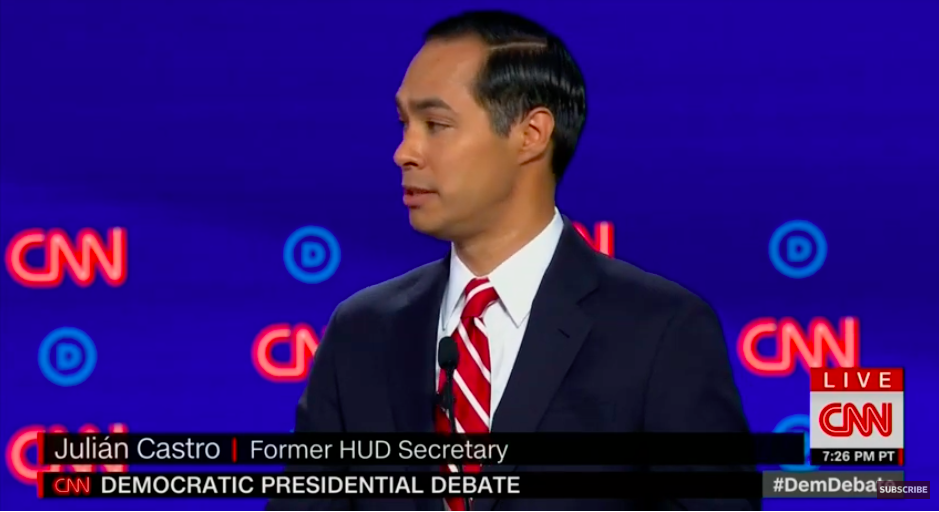 Democratic presidential candidate and former San Antonio mayor Julián Castro has brought the recent mass shooting in El Paso to the forefront of his campaign.

Less than a week after a lone gunman targeting Hispanic immigrants at a crowded Walmart store, Castro has unveiled a seven-page plan to "disarm hate" by focusing on domestic terrorism and curbing access to assault weapons.

“White supremacist terrorism is a threat to our safety made more deadly by easy access to guns,” said Castro, who also served as the Obama administration's housing secretary. “The horrific tragedy in El Paso was not an isolated incident. White nationalism is on the rise and the gun violence epidemic is a national crisis. Our time to act is now.”

Castro lags other candidates in the polls, but has used a pair of strong debate performances to position himself as a candidate with a strong understanding of immigration and the border crisis.

On Saturday, Castro will participate in the gun safety forum in the early caucus state of Iowa.