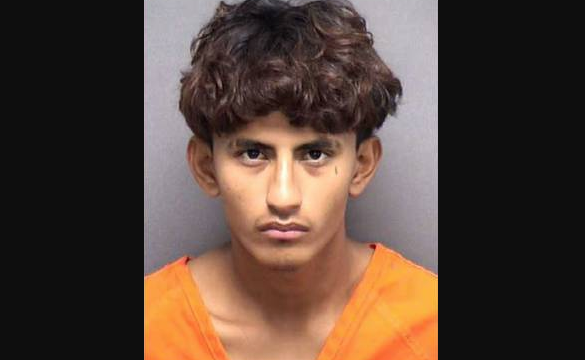 After nearly a month on the run, a San Antonio teen has been arrested for threatening to stab his stepdad.

Nineteen-year-old Edward Coronado Jr. made the threat after his stepfather got into an argument about dirty laundry, according to KSAT.

The news station reports that the stepfather allegedly told Coronado's sister to give Coronado his own laundry to wash. The teen overheard this and told his stepdad he "had no business telling his sister anything."

The stepdad also said Coronado was "19 years old and capable of doing his laundry," an arrest affidavit reads. Additionally, he told Coronado that his siblings wouldn't do "everything for him."

After that, Coronado allegedly pulled a knife and said, "I'll stab you like I stabbed that fool Alonso."

Details about who "Alonso" was were not available in the affidavit.

Following the threat, the stepfather ran into his bedroom to get a handgun and call 911, according to authorities. Coronado allegedly grabbed a gun and told his fiancee, who was trying to calm everyone down, that he was going to shoot his stepdad if he came back.

The stepfather remained in the room until deputies arrived, at which point Coronado had already left the home.

Coronado has been charged with aggravated assault with a deadly weapon and has already posted his $75,000 bail.