John Cornyn Gets Burned Over Stupid Climate-Change Remark on Twitter 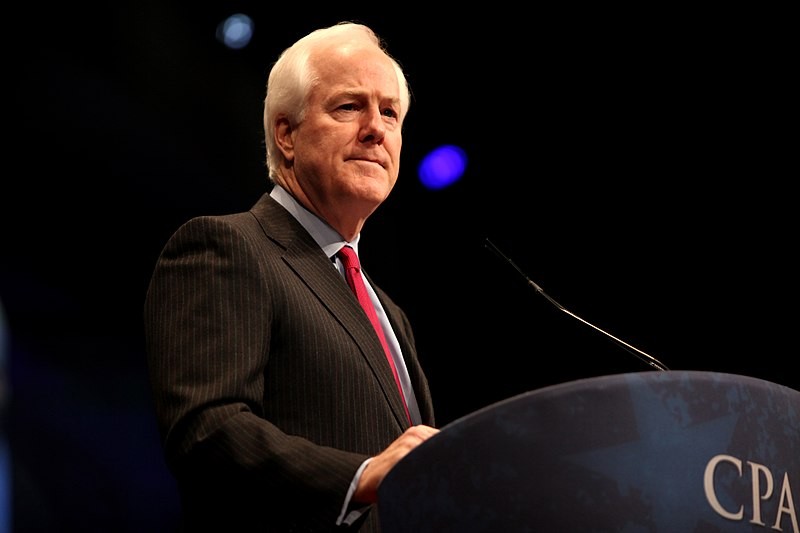 Sen. John Cornyn found himself in the hot seat this weekend after trying to engage in some social media snark over the climate crisis.

The Twittersphere lit up the Texas Republican after he dissed Senate Minority Leader Chuck Schumer's call for climate action. Schumer, a New York Democrat, tweeted that July 2019 was “the hottest month ever, of any month, on record” and warned that climate change is the planet's gravest threat.

"It's summer, Chuck," Cornyn responded, in what he likely conceived as a Mad Magazine-style snappy comeback. (Cue the Beavis and Butthead sniggers.)

Democratic presidential candidate Jay Inslee, actress Patricia Arquette and author/pastor John Pavlovitz were among those who ripped Cornyn a new asscrack over his apparent lack of understanding about how this whole darned climate thing works.

It's the climate crisis, John. https://t.co/jhCuucffWk

Plenty of less-famous folk — including some of Big Bad John's constituents — also took turns scorching the senator over his tweet. Some even pointed out that Cornyn faces re-election next year, and that even if he doesn't understand or value science, plenty of voters do.

This may be one of the most ignorant tweets I've seen from an elected official. https://t.co/2hQQ21jWmC

Your grandkids will grow up in a decimated planet & they’ll know YOU were a direct cause of it. To protect the wealthy fossil fuel barons who donate to you.

I doubt they’ll ever forgive you.

I am so embarrassed that you supposedly "represent" us. You don't. Not my interests, the state's interests; only your own. I live for the day you leave office.
--Your constituent

This is John. John thinks climate change is a funny joke. John is also up for re-election in 2020. You can help beat John by supporting Texas Democrats. https://t.co/gRYMjewkP9