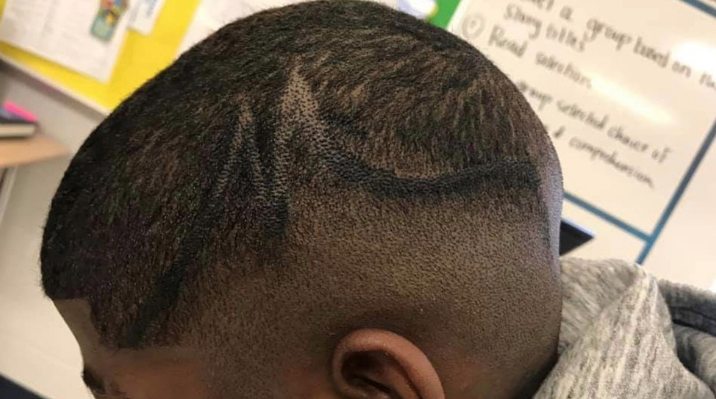 Three employees of the Pearland Independent School District have been hit with a federal lawsuit after a teacher allegedly colored in a student's haircut with permanent marker.

According to a report from Click2Houston.com, teacher Jeanette Peterson told an African-American student at Berry Miller Junior High School that his fade haircut violated the dress code. The 13-year-old was then given the option to notify his parents, receive disciplinary action or fill in the design etched into his hairline with permanent marker.

During the April 17 incident, the student chose to have his fade filled in.

In the lawsuit, the youth's parents said they were not notified that the haircut violated any policies. If they had, they said they would have cut their child's hair shorter so the design wouldn't have been visible.

The lawsuit alleges that the student was "humiliated and shamed as the employees laughed while coloring in his hair design."

"Despite this extremely shameful behavior and history of racial discrimination the Pearland ISD has doubled down ... and refused to meet [the student's] parents to discuss their behavior or any training of Pearland ISD employees," civil rights lawyer Randall Kallinen said.

The family reportedly tried to get in contact with district officials for months, but never got a response.

The district responded to criticism over the incident by saying that the campus administrator mishandled the situation and did not use an appropriate measure for dress code violations.

"The campus administrator is currently on administrative leave," the district said in an April 24 statement. "Further action is forthcoming."

Although the district has apologized for the incident, the family went ahead with its lawsuit this week. The district has yet to respond to the filing, saying it hadn't received notification at press time.