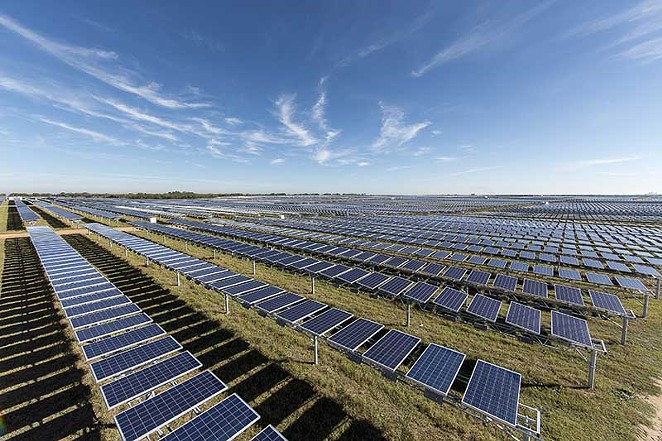 City council may have given the second iteration of the city's climate action plan a warm welcome on Thursday, but environmentalists worry that alterations to the proposal amount to a get-out-of-jail-free pass to one of the area's biggest air polluters.

Changes in a new draft of the plan unveiled at Thursday's council meeting would lessen public oversight of CPS Energy, the city-owned utility, and reduce pressure for it to shutter its remaining coal-fired power plants, Sierra Club organizer Greg Harman said.

"CPS has a lot to answer for," Harman said. "I hope we have a mayor who's brave enough to push them back to the table and demand some accountability and answers."

Among the changes between the plan presented Thursday and an earlier draft is a statement that the city should work with CPS to "drive towards reaching carbon neutrality by 2050." The original goal called for the utility to fully reduce emissions to zero by that date.

Other goals in the original plan, such the transition to use of energy efficient vehicles and non-polluting power for buildings, also appear to have been given wiggle room in the new version, climate activists warn.

What's more, the new draft drops cost estimates that resulted in an outcry from business groups critical of the plan.

CPS officials said they're focused on renewable energy and will continue to phase out polluting facilities just as they did last year with the shuttering of the '70s-era Deely coal-fired power plant.

"CPS Energy has already embraced the transition from traditional fuel sources to renewable energy, and we understand our role in helping our customers think about energy differently," utility spokeswoman Melissa Sorola said in a written statement. "As a matter of fact, we have been steadily controlling energy usage and reducing our carbon intensity for decades."

But critics point out that CPS still operates two coal-fired power plants, Spruce 1 and 2, which are among the area's top sources of air pollution. The first will remain in operation until 2030 and the second until sometime into the 2040s.

The city hosted 288 events with nearly 10,000 total attendees to help develop the plan. However, after business groups pushed back against the first draft, Mayor Ron Nirenberg delayed discussion until after May's citywide election.

Tim Barr, a public health expert who weighed in during creation of the plan, said the rollback of goals set up in the original draft betrays the input members of the community provided during the process.

"My impression is that the teeth aren't going to be added back into the plan unless there's some kind of popular uproar," Barr said.