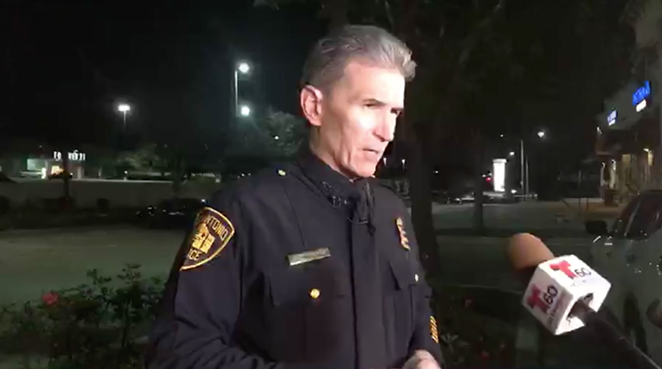 A firearms buyback proposed by two council members would make San Antonio among the first Texas cities to take such a step to combat mass shootings.

But plenty of other big municipalities have tried it before — often without a significant decrease in gun crime.

One recent investigation discovered no statistically significant change in gun-related homicides after a voluntary buyback in Seattle. A separate study in Milwaukee found that the firearms sold back to cops in that city didn’t fit the profile of handguns used in local homicides.

"I don't think this kind of buyback will have much effect one way or the other," said Eugene Volokh, a professor at the UCLA School of Law who studies gun control issues. "But it doesn't seem like a good way for a city to spend money."

"You know, I think it's a noble idea, but in reality they're ineffective. They just don't work," McManus told KSAT News, citing his experience with similar programs while working in Minneapolis and Washington, D.C.

Andrews-Sullivan and Courage filed a consideration request last week that must be approved by council's governance committee before the measure can be debated by the full council. The pair projected their program, which would apply to both guns and ammo, would cost $250,000 or more.

Part of the problem, however, is that people run game on voluntary buybacks by turning in cheap or broken firearms — or the types of weapons seldom used in crimes, Lacey Wallace, an assistant professor of criminal justice at Pennsylvania State University, cautioned in recent Newsweek op-ed.

For example, only half the weapons turned over during Boston's 1993 buyback were handguns, the most common type of firearm used in crimes. And in a program launched the same year in Sacramento, California, nearly a quarter of all weapons forked over for cash didn't even work.

"Gun buybacks are financed by taxpayer dollars and are generally paid for by local agencies rather than through state or federal funding," Wallace wrote. "A local jurisdiction's budget will limit the amount of firearms it can purchase and destroy, reducing the likelihood that a gun buyback will have an observable impact on local crime rates."

Indeed, gun-control advocates have cautioned against putting voluntary buybacks ahead of legislative proposals such as strengthening background checks and banning assault weapons. March for Our Lives' ambitious gun-control plan, for example, calls for an assault-weapons ban in conjunction with a mandatory buyback to get them off the streets.

"We know this seems ambitious, given Washington’s apathy to decades of bloodshed in our schools, neighborhoods, and even our houses of worship,” David Hogg, a founder of March for Our Lives, posted on Twitter. “It’s okay to disagree with us — but we know video games aren’t to blame.”