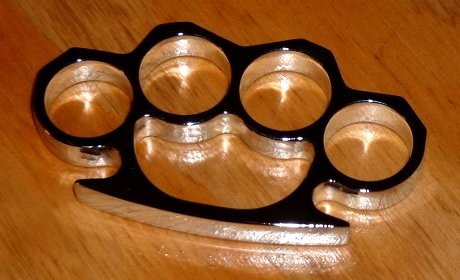 As of September, Texas' 100-year-old ban on brass knuckles is going down for the count.

State Rep. Joe Moody, D-El Paso, introduced legislation last session to end what he called an "antiquated" ban on brass knuckles, and in May Gov. Greg Abbott signed it into law.

As a result, on September 1, the weapon will be legal in the state for the first time since 1918. Other handheld personal protection such as sharp-edged keychains — sometimes known as "kitty keychains" — will also become legal to carry.

If Moody's name sounds familiar, he's the lawmaker who also sponsored a 2017 Texas law that struck down a ban on carrying knives in public.