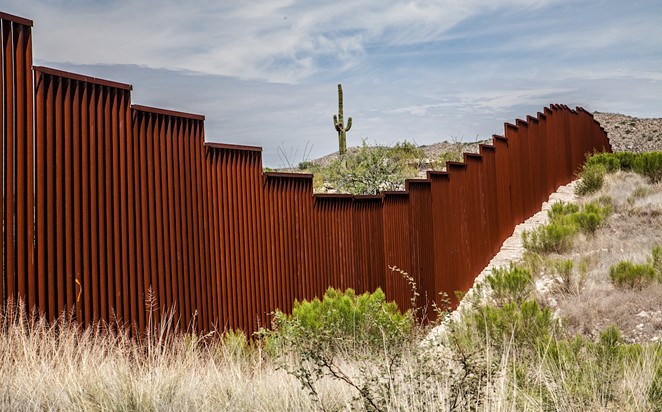 President Donald Trump's latest scheme to fund his pinche border wall will hack $354 million from military construction projects in Texas, including at Joint Base San Antonio, a Texas congressman warns.

“This is not reprogramming, this is unilaterally cutting funds that were approved by the House and the Senate," Democratic U.S. Rep. Henry Cuellar said in a statement supplied to the Current. "The $354 million cut would negatively impact projects at Joint Base San Antonio, such as air traffic control towers, dormitories, and dining halls, as well as vital renovations and training facilities nationwide."

Defense Secretary Mark Esper on Tuesday approved use of $3.6 billion in military construction funds to build 175 miles of wall along the Mexican border. Defense officials didn't say which projects would be affected, but they did brief members of Congress, including Cuellar, whose district includes San Antonio.

Earlier this year, the Defense Department supplied a list of the projects that could be cut to fund the border wall. Among those were $77 million in the Alamo City, including a new basic training facility at Joint Base San Antonio and a replacement for the aging air traffic control tower at Kelly Field.

The 175-mile section of wall funded by the new Pentagon cuts constitutes less than one-tenth of 1,954 miles of border Trump has pledged to span. Mexico still hasn't paid for any of the work — a key promise the reality show star made when he was campaigning for president. That brunt has so far been born by U.S. taxpayers.

On Tuesday, the ACLU said it will seek a court order to the reallocation of the military money. The civil-rights group previously sued over the administration's use of Defense Department money slated for anti-drug projects, but the Supreme Court earlier this summer overruled its objection.