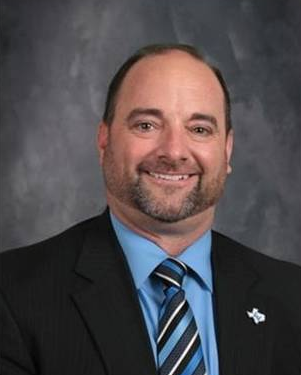 A La Vernia ISD student has accused superintendent Trent Lovette of "inappropriately touching" her during a school event last week.

During a football game against Sinton High School on August 30, a La Vernia High School cheerleader reportedly approached a Sinton police officer. According to a MySA.com report, the student told the officer that Lovette touched her "inappropriately" by sliding his hand "back and forth" on her lower back.

The cheerleader is reported to have said that Lovette, while touching her, asked her how she was doing. She added that the incident made her uncomfortable.

Although the student notified authorities about the incident and said she intends to press charges, Lovette has not been charged.

According to an update on the district's website, school board trustees will convene in a special meeting Friday afternoon at which trustees will "discuss the appointment, employment, evaluation, reassignment, duties, discipline, or dismissal of the superintendent" in a closed session. It's unclear whether the meeting is in response to the allegation.

"Since the item on the agenda involves a personnel matter to be discussed in closed session, it is the district's practice that we do not comment on those matters," district Communications Director Jordan Ziemer told KSAT. "Regarding the meeting schedule, the board desired to meet as quickly as possible this week, and Friday afternoon is the earliest the board could meet under the Open Meetings Act."

Lovette came into the superintendent position in March 2018 following the resignation of Jose Moreno, who left after a turbulent tenure marked by allegations of hazing and sexual assault at La Vernia High School.

Last fall, Lovette was placed on leave, but was reinstated after two weeks. A recent KSAT investigation revealed that there have been other allegations of inappropriate behavior by Lovette. According to the report, he's been accused of other missteps including comments that made staff members uncomfortable and allowing a district employee to see sexual videos on his work computer while assisting him with an issue.