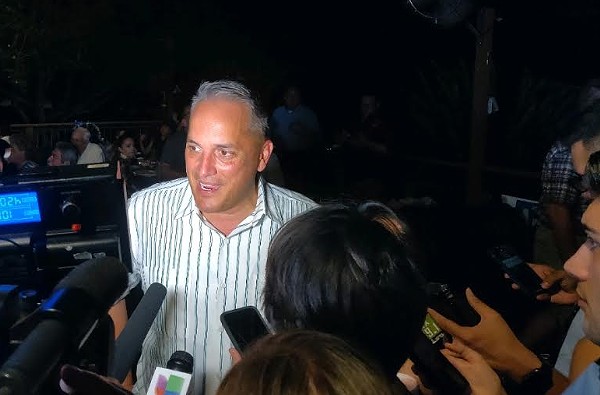 Former San Antonio mayoral candidate Greg Brockhouse said he's not done demanding an investigation into who leaked an expunged police report in which he was accused of domestic violence.

Citing public records, Express-News columnist Brian Chasnoff reported Sunday that Brockhouse — shortly after his June runoff loss to Mayor Ron Nirenberg — emailed SAPD asking for a probe to discover who leaked the report during the campaign.

"I'm not done with this," Brockhouse told the Current. "My next step is to figure out my best legal recourse to right the situation."

Brockhouse declined to identify his legal options, however.

The former District 6 councilman said he'd never tried to hide the fact that he'd asked the police to investigate. He added that the 2009 domestic abuse complaint has been expunged, making its public release a felony.

"I let the campaign die down and made sure I was in the right frame of mind, and I followed the right process to ask for an investigation," Brockhouse said.

During the bitter mayoral campaign, Brockhouse was plagued by a pair of spousal abuse allegations from the 2000s. He vehemently denied the latter of the two, saying both that no police report existed and that he didn't remember such an incident.

After losing the runoff, Brockhouse and his wife Annalisa gave an interview to TV station KSAT, saying she had called police and leveled the accusation. She said she'd been dealing with postpartum depression that caused her to overreact to an argument and file a false claim.