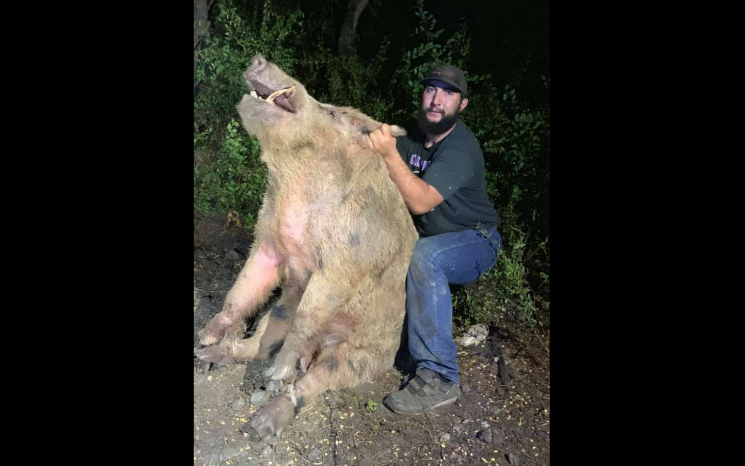 A massive feral hog was captured near San Antonio, and the proof is pretty wild.

The 411-pound beast was reportedly trapped near the Gateway Hills Golf Course close to Lackland AFB last Thursday by members of Lone Star Trapping. The hog was reportedly tied alive and relocated from the area.

For context, the average adult feral hog weighs between 170 and 200 pounds. So this was one big piggy.

Wyatt Walton, part of the LST team, said the company has removed more than 3,000 feral hogs in the area since the company moved to San Antonio in 2016.

As of September 1, residents are legally allowed to hunt feral hogs without a license. The animals have been a problem for many Texans, since they dig up grass and search for food in residential areas.