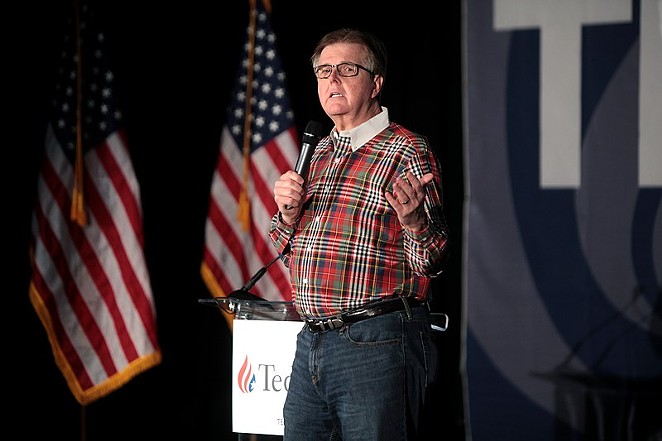 Three years ago, when she started a New Braunfels chapter of Moms Demand Action for Gun Sense in America, she got used to showing up alone at public meetings — and to being shouted down.

Now, Bursey’s chapter counts 50 active members and recently expanded into nearby San Marcos. The back-to-back mass shootings in El Paso and Midland that last month took the lives of 29 people have heightened the urgency of having a serious debate on firearms issues, she said.

“I’m seeing a change in attitudes and a willingness to actually do something here,” the former special ed teacher said.

Political observers warn that Republicans, who have used their longtime control of the Texas Legislature to push policies such as the open carry of firearms, ignore citizens like Bursey at their own peril.

Democrats view Texas as the nation’s biggest 2020 battleground state, and party officials recently unveiled plans to deploy more than 1,000 organizers during the election cycle. While much of the attention will be on national races, experts said an increased Democratic turnout will factor in down ballot — and gun issues are likely to play a role in mobilizing voters.

He likens the Republicans’ strategy on gun issues to Muhammed Ali’s rope-a-dope trick — staying just out of reach while Democrats wear themselves out trying to land ineffective punches following mass shootings.

“That strategy has worked in the past, but Abbott is more vulnerable now,” Jillson said. “If another tragic shooting were to happen in the short term after he refused to call a special session, there’s a good likelihood he’d be washed away.”

While Abbott didn’t reconvene the Lege in response to the recent shootings, he did issue eight executive orders this month in response, mostly strengthening law enforcement’s ability to respond to future incidents of mass violence. A commission he put together in response also suggested that the Lege look for ways to make it easier for private gun sellers to voluntarily conduct background checks.

What’s more, there doesn’t seem to be any support from the leaders’ own party ranks. Earlier this month, the 62-member State Republican Executive Committee passed a resolution unanimously opposing red flag laws and enhanced background checks.

“State leaders are hemmed in by their caucus,” said Ed Scruggs, board president of Texas Gun Sense, which has lobbied for expanded background checks and other firearm regulations. “They really haven’t been given any room to move on this.”

State Rep. Ray Lopez, D-San Antonio, said Texas’ GOP lawmakers may be able to convince constituents in the short term that they’re holding off as they wait for the federal government to take action. But that excuse won’t hold up indefinitely.

“It would be nice to say that if Congress doesn’t do something in the next 60 to 90 days, then we’ll call a special session,” Lopez said. “If they fail on that, it will be disastrous for the Republican party in Texas.”

Abbott and Patrick recognize the shift in public opinion, SMU’s Jillson said. However, the changes they’re calling for come across as inauthentic given their lengthy history of loosening gun laws.

“I don’t give either Abbott or Patrick much credit,” Jillson said. “You can’t forget the decade they spent working for open carry and campus carry.”

Moms Demand Action’s Bursey said she and other activists will continue to make the case to lawmakers on both sides of the aisle.

At least three organizers with the group have even registered to run for the Lege in 2020. Among them is Becca DeFelice, who’s running as a Democrat against GOP Rep. Steve Allison in San Antonio’s District 121.

“We’ll be block walking and phone banking and talking to our neighbors,” Bursey said. “Some of us are also willing to sit behind a desk and write the laws and vote for the laws our current legislators are unwilling to enact.”