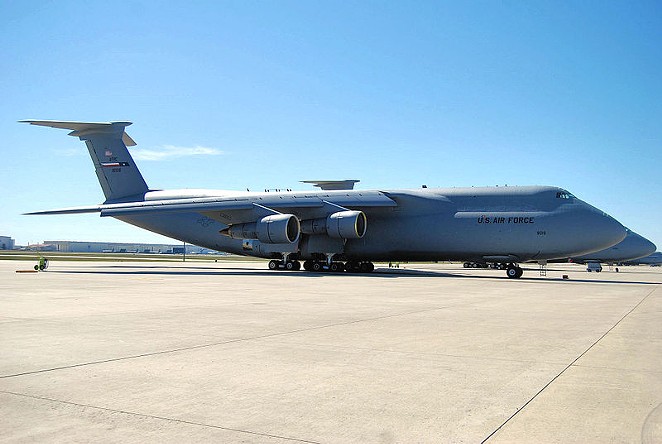 Reflecting the golden light of the summer sun, the flowing waters of Leon Creek at Rodriguez Park seem soothing and tranquil. Children toddle near the shallows, while birds and deer sip from its cooling surface.

But something potentially dangerous lurks under the surface of the peaceful waters.

In 2002, the Texas Department of Health issued an advisory to San Antonio residents, warning them not to consume the creek’s fish, which are potentially contaminated by PCBs — chemical compounds with a wide range of applications, including use in coolant fluids, flame retardants, sealants and more.

“On the Southwest side, we have long histories of constant contamination. … We don’t drink our tap water anymore,” said Sandra Garcia, a member of the San Antonio-based social justice group Southwest Workers Union. “If you did, you could get cancer. You could become infertile. Children could be born with birth defects.”

Garcia lives in a community close to Leon Creek, and has dedicated the past 13 years of her life to fighting groundwater pollution.

Leon Creek is a tributary stream of the Medina River that flows adjacent to both Lackland Air Force Base and the former Kelly Air Force Base, now Port San Antonio. According to years of EPA research, contamination from the bases spread PCBs and other hazardous chemicals into surrounding areas.

The area around the facilities has been dubbed San Antonio’s “Toxic Triangle,” where contaminants have affected the soil and water sources of roughly 25,000 working-class residents. The overwhelming majority of these residents are people of color, primarily Latinx individuals residing within low-income neighborhoods.

Air Force officials told the Current that the military began acknowledging the problem decades ago and has made contamination cleanup a priority. However, PCB's and heavy metals such as lead and chromium still remain, with sediment concentrations detected above the benchmarks established by the Texas Commission for Environmental Quality (TCEQ).

"We are committed to protecting human health on and around the former Kelly Air Force Base," wrote Malcolm McClendon in a statement from the Air Force Installation and Mission Support Center. "We share concerns about potential contamination of drinking water and are moving aggressively to protect drinking water supplied affected by our former Air Force Activities."

Two of the most recently discovered pollutants are Perfluorooctane sulfonate (PFOS) and perfluorooctanoic acid (PFOA). According to a 2016 study published in the journal Chemosphere, these compounds were present in foam used by the military to extinguish aircraft fires in the 1970s.

Known as “forever chemicals,” PFOA and PFOS are problematic because of their strong resistance to decomposition, not just in the environment, but also in living tissue. The human body cannot break down these compounds, which means that exposure to even small concentrations can accumulate and lead to significant health issues over extended periods of time.

While the usage and disposal practices of these compounds weren’t seen as an issue at first, EPA research suggests that they have long been a hazard for residents living near military bases. Especially when the pollutants — just two among many — leak into surrounding soil and groundwater around military sites.

Installing new water infrastructure can be costly for communities, so many low-income neighborhoods on the South and Southwest side still use the city’s old infrastructure. This older infrastructure remains connected to a shallow aquifer that was safe at one time but now may be dangerously polluted.

“When the foam was developed, obviously we didn’t know what we know today,” Cornell Long, Joint Base San Antonio’s installation support section chief said to a NEWS4SA TV crew recently.

The military discontinued the use of PFOA- and PFOS-based products and has since switched to a different kind of foam.

“We deem it safer in the environment because it doesn’t stick around as long,” Long said. “It doesn’t build up in tissues as much as some of the older foams do.”

Although the Department of Defense is now working on a fluorine-free foam, pollutants from the older foams still linger. In 2015, the EPA issued a health advisory for PFOS and PFOA warning residents not to drink water with contamination levels over 70 parts per trillion. Contamination levels on military bases can reach up to 680,000 parts per trillion, according to a 2018 EWG and Northeastern University study.

In response to the Current's inquiry, Air Force officials confirmed the presence of PFOA and PFOS within the shallow aquifer that residents in South and Southwest San Antonio draw water from. Site inspections of former fire-training areas where fluorine foam was used has revealed groundwater concentrations of 142,000 parts per trillion — over twice the amount established in the EPA's recent health advisory.

Environmental clean-up costs are high, and improvements have been minimal, critics charge. While the Air Force has invested in various clean-up systems at the former Kelly, residents are still being affected by remaining contaminants, according to Garcia.

The federal government’s remediation is largely summed up in two words: natural attenuation. That term essentially means leaving things as they are and hoping the problem dissipates on its own. For residents like Garcia, that strategy amounts to little more than an excuse to avoid the high costs of building cleanup systems.

“I was told many times that I couldn’t have children,” Garcia said. “Luckily, I was able to bear one, but he had a lot of medical issues the first two years of his life.”

According to Diana Lopez, executive director of Southwest Workers Union, the unwillingness to address the contamination in South Side neighborhoods is a matter of race and class.

“This becomes an environmental racism issue when we see multiple sources of contamination reaching the same communities,” Lopez said. “Back in the ’70s, the Air Force used to release jet fuel over those neighborhoods when they landed their planes. It’s obviously the same low-income, Spanish-speaking communities are being affected over and over again.”

Issues with environmental injustice can be seen beyond San Antonio’s military bases, Lopez added. Polluters such as waste management facilities and high-emission energy plants are purposefully situated in low-income neighborhoods “because of their [lack] of access to land, financial resources and community organization.”

While advocacy groups have pushed back, they’re usually often met with strong resistance from major polluters.

To point, the original draft of San Antonio’s Climate Action & Adaptation Plan was intended to bring major change by requiring industrial polluters to drastically cut greenhouse gas emissions. However, the plan was re-drafted under pressure from industrial interests such as CPS Energy, Valero Energy and the San Antonio Manufacturers Association, and some of its most aggressive targets were scaled back.

Char Miller, director of environmental analysis at California’s Pomona College, said it’s vital for the larger San Antonio community to recognize the environmental problems facing all of its neighborhoods, not just those in high-income zip codes.

“Part of the problem is that people see themselves as being separate from the issue,” says Miller, who has extensively studied the city’s environmental woes. “If they aren’t being affected, it doesn’t worry them. If changes are going to be made, we need to start seeing our neighbors’ troubles as our troubles.”

Miller’s advice may prove more important now than ever. Garcia, the neighborhood activist, said taking action is becoming more difficult for the members of her community.

“I’ve seen a bunch of my neighbors get cancer,” she says. “I remember meeting with a bunch of community members to try and organize. Now, if you go into that area, you can no longer see those people around. ... People say there’s strength in numbers. How can we continue to [organize] for change in our neighborhoods when our numbers are diminishing, when our people are dying?”