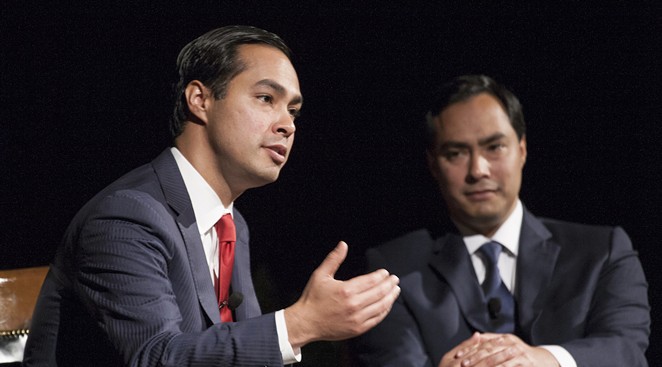 It turns out San Antonio U.S. Rep. Joaquin Castro has got some jokes.

The congressman took to Twitter Wednesday to respond to an article from NBC Latino questioning whether Saturday Night Live has a "Latino problem." The piece took issue with a recent skit about the recent Democratic debate that excluded candidate Julián Castro, who happens to be Joaquin's twin brother.

The erasure of Julian Castro on SNL last night and the constant confusion of the twins in news shows us the true problem of representation.

SNL refuses to admit brown people exist and the news media is supposed to report FACTS yet can’t make sure the correct twin is covered. 🤷🏽‍♀️


Just in case the long-running sketch comedy show was interested in adding Julián into the mix for the next skit, the Democratic congressman offered his services.

Hi @nbcsnl, I’m available next time you need someone to play Julian Castro.

I get mistaken for that guy all the time. #SNL #Castro2020 https://t.co/NosvVtPZjL

"I'm available next time you need someone to play Julian Castro," Castro tweeted to SNL. "I get mistaken for that guy all the time."

Via Twitter, New York U.S. Rep. Alexandria Ocasio-Cortez noted that Joaquin would have to shave his beard, at which point Julián chimed in that he could let his own facial hair grow.

Or I’ll have to grow one!


SNL has yet to respond, but Joaquin maintains he'd be highly convincing in the role.

Omg correct. How many people will be sitting there going “wow! That guy can really grow a beard fast!”?