Is the Chupacabra Real?: Five Bulls Found Mysteriously Drained of Blood in Oregon 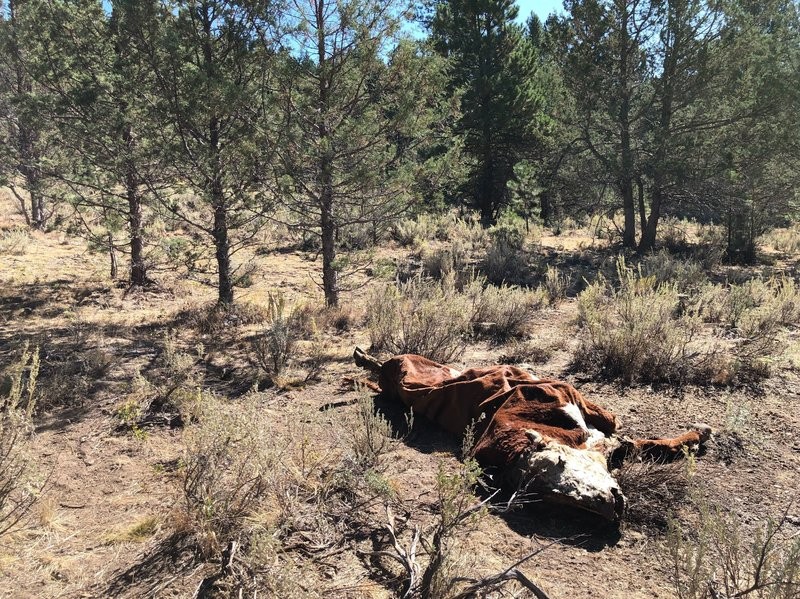 You know how when you were little growing up in San Antonio and your tia would yell at you to get inside when it got dark or la chupacabra would get you?

It may not have just been ‘cause she needed help making tamales.

According to a chilling photo and report coming out of Oregon's Northwest News Network, your tia may have been right about the urban legend monster, whose sightings and stories first emerged back in mid-’90s Puerto Rico.

The legend goes something like this: a large eyed, two-legged creature about four or five feet tall with spikes down its back and long claws would hunt livestock like goats and chickens and drain the bodies of blood.

According to an NPR report, five young purebred bulls mysteriously showed up dead last month, drained of blood with their tongues and genitals precisely cut out at Silvies Valley Ranch in remote eastern Oregon.

While this may not be the work of a chupacabra, especially since most reported cases with the folk tale monster don’t include the precise removal of organs, it’s still some unnerving shit to read.

But this isn’t the first time Oregon’s found animals exsanguinated with their organs cut out.

In 2017, near New Princeton, Oregon – and 200 miles south of Silvies Valley Ranch – a cow owned by Andi Davies was found cut up and bloodless. No tracks were found around the dead animal even after Davies searched for signs of movement around the corpse.

In the 1980s, a man named Terry Anderson found one of his mother’s cows drained of its blood and an udder removed in Pendleton, Oregon.

Phylis Canion reportedly saw the chupacabra in 2007 in South Texas, which she reported to the Texas Observor as a hairless canine figure with blue-gray flesh and bony limbs. Soon after the sighting she and her husband found one of their chickens with its throat torn open, apparently drained of blood.

In Texas, it seems like someone always knows someone who has seen the chupacabra, right? Especially when we get into the spookier seasons of the year, everyone turns into an expert.

However, judging from Canion’s description of the monster, it doesn’t sound like a canine figure could take down a huge bull, let alone five. It still isn't comforting knowing there’s two vampiric beasts out there ready to drain animals of blood and cut off body parts.

Tip: avoid rural areas in Oregon. And always listen to your tia.