San Antonio Got Its Payment From the Trump Campaign Up Front, Unlike Other Cities 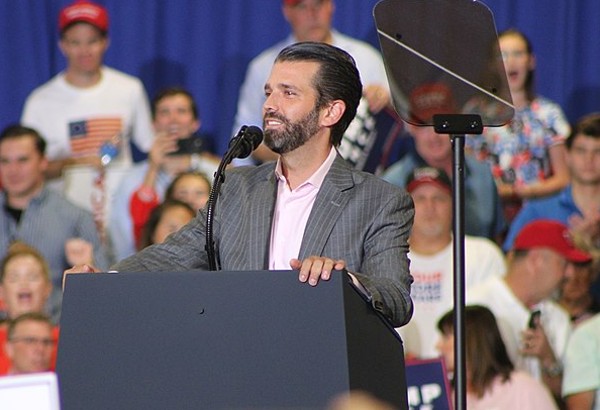 Despite its record fundraising, President Donald Trump's reelection campaign hasn't exactly been in a hurry to pay its bills.

Trump got in public pissing match this month with Minneapolis officials over expenses from its "Keep America Great" rally at the Target Center. What's more, the campaign owes money to at least six other cities — including El Paso — for rallies held as long ago as 2016, according to a recent CNN investigation.

Good thing the city of San Antonio demanded money up front for the Trump mini-rally Tuesday at the Henry B. Gonzales Convention Center.

"The city of San Antonio requires payment of rent and other related invoices prior to the start of an event," Patricia Muzquiz Cantor, executive director for the city's convention and sports facilities, said in a written statement. "The event organizers for this particular event have made full payment."

Muzquiz Cantor didn't respond to the Current's inquiry whether the city's arrangements with the campaign differed from those reached with other organizations.

The San Antonio event, staged in a meeting room at HBGCC, drew about 600 people to hear Donald Trump Jr. and others stump for the president's reelection.

The Trump campaign made headlines earlier this month after it threatened to sue Minneapolis over a $530,000 bill from the Target Center that included security and other expenses.

Trump accused the city's Democratic Mayor Jacob Frey of overcharging in an effort to sandbag the rally. However, the mayor maintains the campaign still owes money for its expenses.