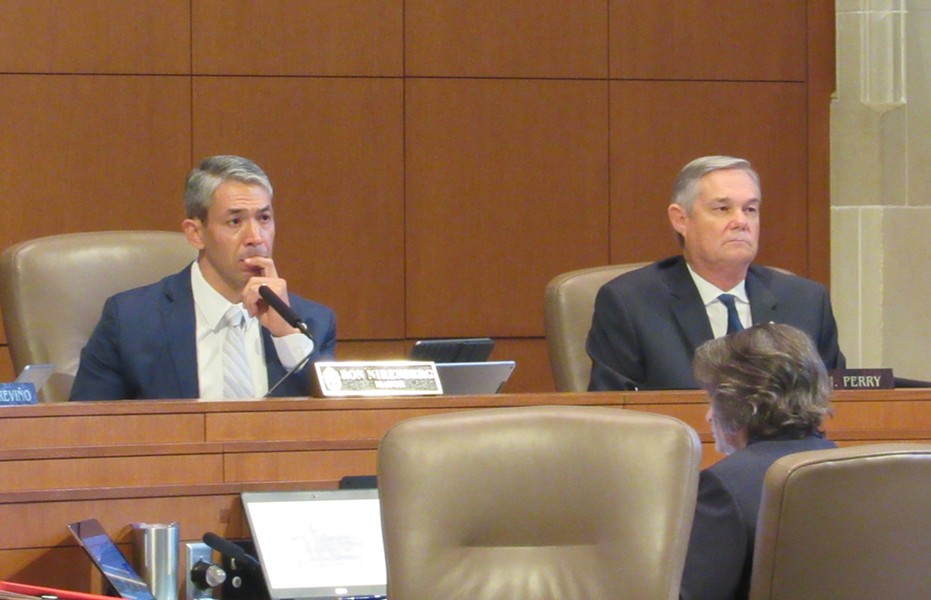 Capping two years of often-contentious public input, council voted 10-1 to approve the Climate Action & Adaptation Plan, which aims to slash emissions of the greenhouse gasses that contribute to global warming.

The vote makes San Antonio the second big city in Texas to codify the goal of becoming carbon neutral by the middle of the century. The first, Austin, adopted its plan around five years ago.

"We're in the midst of a climate crisis," said Mayor Nirenberg, who made the CAAP a centerpiece of his run for a second term. "We don't need to imagine what climate change will look like here in San Antonio, it's already being felt."

Dozens of volunteers representing environmentalist groups, social justice organizations, businesses and neighborhoods met regularly last year to hash out details of the plan. After a first draft drew fire from business groups, a second version was released once the May citywide election and subsequent runoff were in the rearview mirror.

District 10 Councilman Clayton Perry, who cast the sole "no" vote, said he's not seen adequate data showing how much it would cost and whether residents will end up paying higher utility bills.

"I can't expect my neighbors and your neighbors to write a blank check for this," Perry said.

During the meeting, activists continued to press for the city to require CPS to phase out the dirty technology. They also accused Valero Energy Corp., the San Antonio Chamber of Commerce and San Antonio Manufacturers Association of trying to stymie the process.

“Obstruction from CPS Energy, Valero and other powerful forces in our city removed much of the best language from the CAAP’s first draft,” the Sierra Club's Alamo Group President Terry Burns said following the vote. “However, San Antonio moves in the right direction with the passage of CAAP, and we will continue to push for CPS coal plant closures, decreased fossil fuel use in transportation, and other ways to improve our environmental health.”

District 9 Councilman John Courage said he was confident the city could find ways — perhaps through interim power sources such as natural gas — to shutter CPS's two worst-emitting plants by 2025 and 2030, respectively.