Julián Castro Says He Needs to Raise $800,000 By the End of October to Stay in Presidential Race 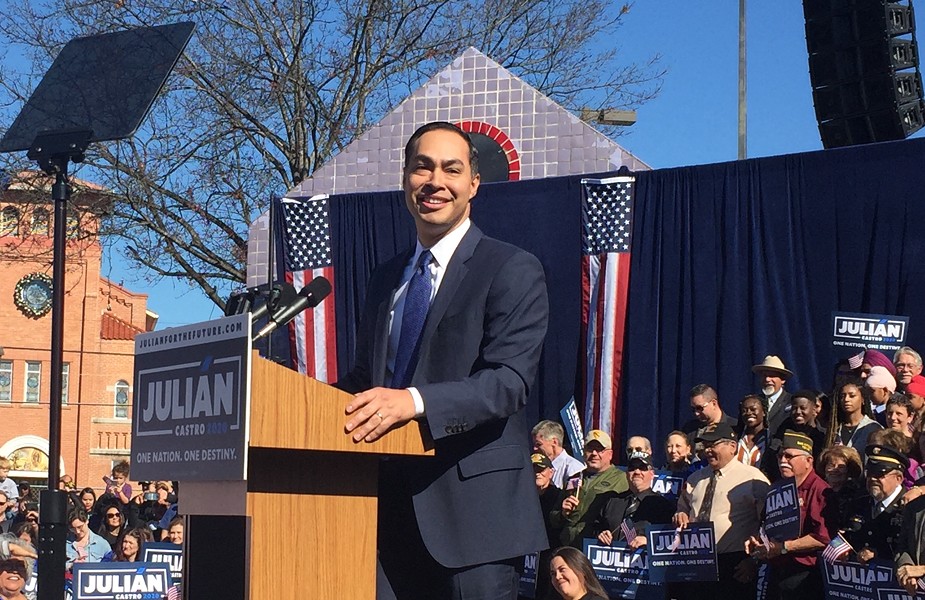 San Antonio's own Julián Castro may not be running for president much longer.

In a tweet sent out Monday morning, Castro said he needs to raise $800,000 by October 31 to keep his campaign alive. If not, he said his "campaign will be silenced for good."

I’m extremely proud of the historic and bold campaign we have built together.

But this is a critical moment— if my campaign can’t raise $800,000 by October 31st, my campaign will be silenced for good. Help us keep up the fight.

"I'm extremely proud of the historic and bold campaign we have build together," Castro tweeted. "But this is a critical moment ... Help us keep up the fight."

Twitter users have chimed in their support for Castro, from members of the media to politicians. Even Alexandria Ocasio-Cortez, who formally backed fellow Democratic candidate Bernie Sanders over the weekend, voiced how important Castro's campaign is among the crowded lineup.

Julián is a powerful presence in this race. I’m really proud of him & how he consistently uses his platform to uplift & center issues that are wrongly marginalized, like homelessness+police violence.

Some folks try to make primaries vicious. In truth, we’re all in this together. https://t.co/3KXEloMbFI

I’m donating again because I am worried that him leaving the race will erase the voices of issues that demand attention. If he’s not there to talk about them, then who will? https://t.co/ISNcN163JD

There’s only one campaign that has:
-made sure to say the names of those killed by police
-walked asylum seekers across the border into the US
-called out police violence as gun violence
-led the field in calling for Trump’s impeachment.
We need @JulianCastro in this race! https://t.co/qGwwXMAqsX

.@JulianCastro was the first presidential candidate to bring up trans rights in a nationally televised debate. His outreach, empathy, and commitment have made him an invaluable part of this process.

I'm not endorsing anyone yet, but Castro deserves to stay in this race. Donate: https://t.co/RAjsWUm2CA


If you're part of the camp that's all about Castro 2020, you can donate to his campaign here.

I'm all in, but I’m counting on your donation.
Contribute now: https://t.co/CZKqZ7uYHM Thank you. pic.twitter.com/lJpc9TJTTs