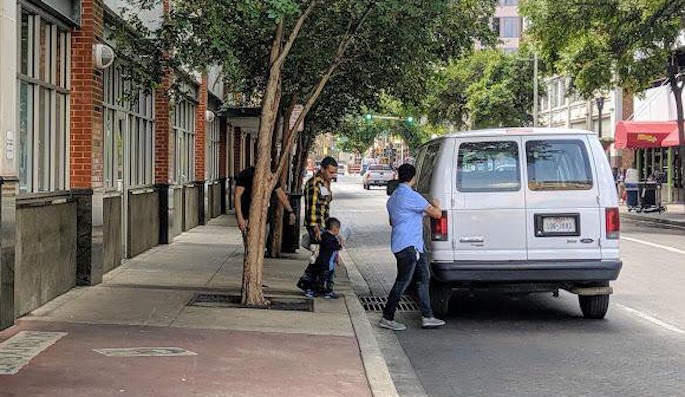 San Antonio's Migrant Resource Center is closing Friday in response to a decrease in the number of asylum seekers crossing the U.S.-Mexico border.

The seven-month-old center provided assistance to 32,000 asylum seekers who traveled through the city after being released from U.S. Customs and Border Patrol facilities during a surge in migration from Central America.

The number of migrants crossing the southern border dwindled in recent weeks, however, and the Trump administration’s “Remain in Mexico” policy has forced asylum seekers to await case hearings on the other side of the border.

"So, the last two weeks we have seen a stark decline in immigrants," Catholic Charities CEO J. Antonio Fernandez told Texas Public Radio. "Some of the nights we don't have anyone spending the night at the Travis Park Church."

The center reached peak traffic in June, when 2,192 migrants spent the night at Travis Park Church over a single week, according to an Express-News report. By late September, that number dropped to 175.