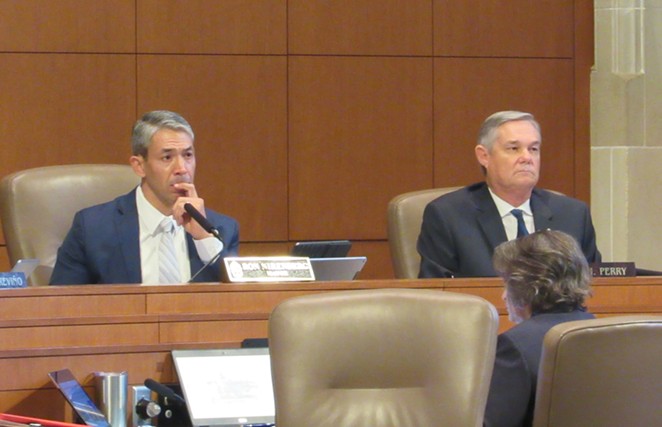 Angered by a pay disparity with San Antonio's other municipal workers, a group of city council aides is threatening to sue the city over what they call a breach of federal labor law.

In an October 29 letter to the city, labor attorney Javier Espinoza said a group of aides who are opting to remain anonymous "for fear of retaliation" want to resolve issues of "lost wages and benefits" through mediation with the city.

"My clients do not earn an equivalent salary or receive comparable benefits to their city counterparts, while they must comply with city employment rules and obligations and meet the demands of their city council members," Espinoza said.

"If these cases are resolved quickly, efficiently, and confidentially, you can contain the possibility of future litigation," he added.

Under current rules, aides are treated as contract workers retained by individual council members. As such, their pay and benefits lag those of other city employees. They also don't receive overtime, even though their jobs frequently require nighttime and weekend work.

In a statement, City Attorney Andy Segovia said San Antonio, as part of its fiscal 2020 budget process, committed to a comprehensive study on how to improve aide compensation.

What's more, Mayor Ron Nirenberg appointed a committee to work with a third-party consultant and recommend ways to remedy the problem, Segovia added. Council aims to vote on those in February.

Even so, Espinoza warned in his letter that past incremental changes bring parity to aides hasn't gone far enough.

"[T]his structure still falls short of that which is required by law and that which is fair and acceptable to my clients," he wrote.

Stay tuned. This could get plenty more contentious before February.