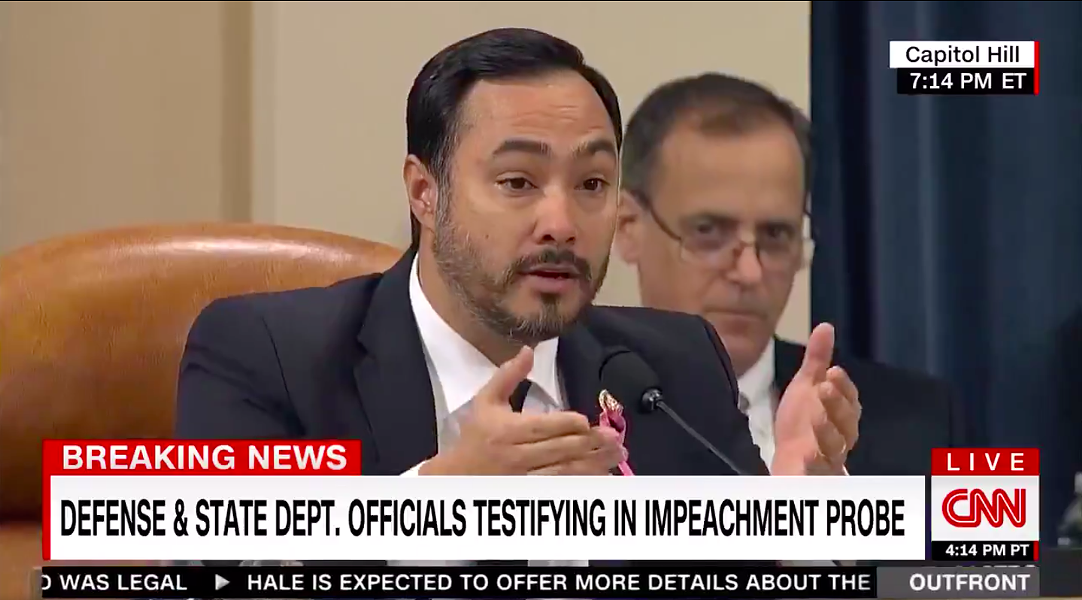 After U.S. Rep. Joaquin Castro, D-San Antonio, joked during Tuesday's impeachment hearing that his identical twin — presidential hopeful Julián Castro — “made” him grow his beard, the Democratic candidate fired back a worthy burn on Twitter.

“Let’s be clear — if I knew it’d look like that I wouldn’t have suggested it,” Julián Castro tweeted.

Let’s be clear—if I knew it’d look like that I wouldn’t have suggested it. https://t.co/CLeRBskQfJ


Ouch. We haven't heard a jab that nasty from the former SA mayor since his verbal beatdown of Beto O'Rourke in the June debate.

Joaquin Castro made his original joke when questioning White House Ukraine expert Lt. Col. Alexander Vindman, who also has a twin. "I hope your brother's nicer to you than mine is to me and doesn't make you grow a beard,” the congressman said, drawing laughter from the room.

Joaquin Castro started growing his patchy facial hair earlier this year to avoid being confused with his bro during his presidential run. Although recent developments with Julián Castro's campaign — such as failing to qualify for Wednesday's debate — suggest the razor may be coming out soon.