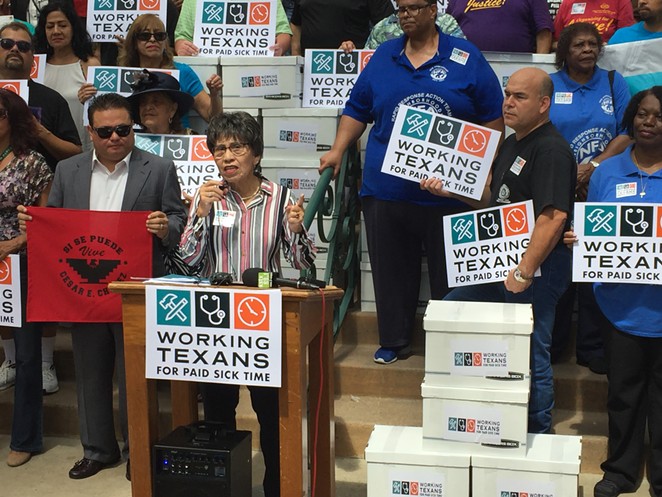 Once again, a lawsuit has halted San Antonio's paid sick leave ordinance. State District Judge Peter Sakai on Friday morning stopped the rule from taking effect on December 1 while he deliberates whether it violates state law, the Texas Tribune reports.

City council approved the latest version of the ordinance in October, but business groups sued, arguing that the measure violates Texas' constitution by imposing compensation rules on employers beyond the minimum wage law.

The original ordinance was supposed to take effect August 1, but it too was delayed after business groups filed an earlier legal challenge.

“We respectfully disagree with the Court’s decision to enjoin the ordinance," San Antonio City Attorney Andy Segovia said in a statement supplied to the Tribune. "We will evaluate our legal options going forward, including appealing this decision to the Fourth Court of Appeals."

In a statement, Mayor Ron Nirenberg said he's waiting to hear an analysis from Segovia but remains "steadfast" in his support of the ordinance.

"Today's injunction is an attack on the hundreds of thousands of working people in San Antonio who fought for the right to paid sick time," said Drew Galloway, executive director of MOVE Texas, which participated in the petition drive. "This corporate-interest lawsuit subverts the will of the people of San Antonio to prioritize profits over people."