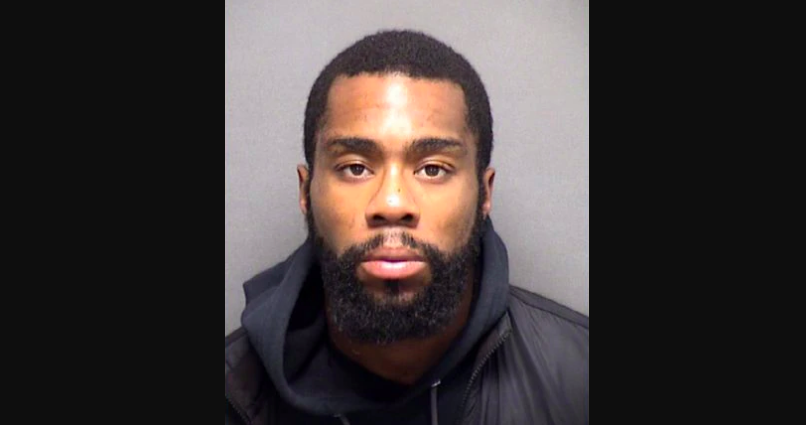 A man is facing charges after he reportedly choked and assault his girlfriend last week.

According to an arrest affidavit obtained by KSAT, Lawrence Okonkwo and his girlfriend were in a hotel room last Friday when he grabbed a rag to "forcefully" wipe the makeup off the woman's face as she got ready for work. Soon after, the woman told police that Okonkwo grabbed her by the neck and led her to the bathroom, where he held her against the door. She told authorities that she had difficulty breathing.

Before authorities arrived, the woman said Okonkwo came back into the room, at which point he yelled at her, threw her cell phone on the ground, grabbed her forcefully and attempted to kiss her.

A manager at the hotel reportedly attempted to talk to the couple after hearing the assault from outside. Okonkwo talked to the manager and "returned angry" to the room, KSAT reports.

At that point, Okonkwo reportedly threw the victim on the bed and began choking her. The woman later told authorities that she was unable to breathe and felt lightheaded. She also said that Okonkwo only let go of her when she said she'd leave the room with him.

When police finally arrived, the 30-year-old woman told authorities that she was afraid of a more severe assault if he wasn't arrested. She said Okonkwo had previously found her when she had fled to a shelter for domestic violence victims.

Following Okonkwo's arrest, the woman, who had difficulty swallowing and speaking after the attack, said he had been jealous since their relationship began in October, and had recently become violent.

Okonkwo, 33, has been charged with assault on family by choking or strangulation.