Both are vying to represent the 21st Congressional District, a longtime Republican stronghold that spans San Antonio, Austin and the Hill Country. However, recent demographic changes — and freshman Roy's narrow 2018 win — have Democrats willing to spend big to flip the seat.

“This is our Alamo," Chip Roy told supporters this week, according to a Texas Public Radio report. "This is our moment for conservatism to shine and reign supreme. I do not buy this idea that Texas is flipping blue and neither should you." 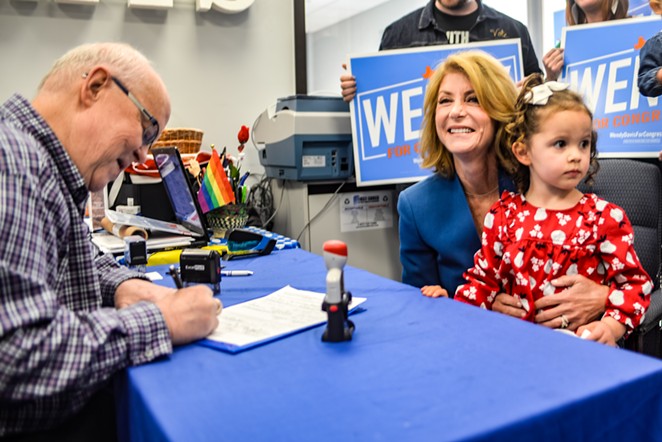 Roy — a former staffer for Sen. Ted Cruz — has grabbed headlines as a conservative firebrand by emulating his former boss' polarizing playbook. Meanwhile, Davis made national attention for her 2013 filibuster of Texas' anti-abortion legislation, becoming a hero for Texas progressives.

Given the candidates' widely divergent ideologies and the race's high profile, observers expect a bare-knuckle campaign. Indeed, shortly after Roy announced his run, Davis' camp fired off an email painting him as a shill for big business and the NRA.

“Today is a big day for the Wall Street executives, pharmaceutical lobbyists and NRA bigwigs who have been praying that their favorite congressman, Chip Roy, would be running for reelection," Davis said in the email.

Filing for the seat closes Monday, Dec. 9. While Roy has no primary challenger, two other Democrats besides Davis are running.