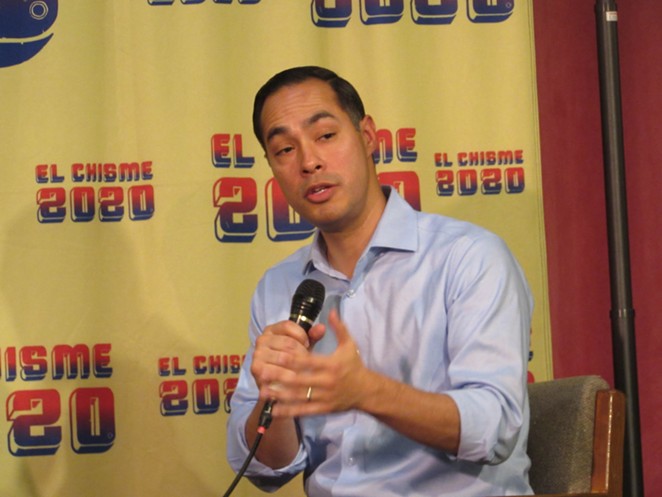 Texas is one of 14 states that vote on March 3, or Super Tuesday, after the four early-voting states have cast ballots.

“I’m looking forward to putting forward a strong campaign here in the state of Texas. I believe that 2020 is the year when Texas can go blue,” Castro told CBS Austin.

Castro, now polling around 1%, didn’t qualify for November’s Democratic debate and hasn't qualified for December's either. He's criticized the primary process, which requires candidates campaign in early-voting states such as Iowa and New Hampshire that don't reflect the diversity of the national electorate.

On a recent San Antonio campaign stop, Castro said he's hoping to last until Super Tuesday, when more diverse states such as California and Texas will select delegates.

"Super Tuesday and beyond, those states have 75% of the delegates," he said. "This is a very fractured race, a lot of people running. This race ain't going to be over quick. I'd like to continue building support with a campaign that is focused on providing opportunity for everyone and get through Iowa and get to Super Tuesday and beyond."