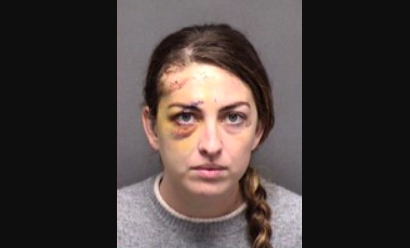 Charges against a San Antonio woman have been upgraded after a man died from injuries suffered when she crashed her vehicle into a patrol car over the past weekend.

According to reports, the victim was traveling from Arizona to Florida with his wife and daughter when their vehicle was struck by another motorist on Sunday. The family pulled to the side of Interstate 10 near Leon Springs and called 911.

KSAT reports that a deputy arrived at the scene to assist the family, while a tow truck loaded up their vehicle. The 18-year-old daughter had reportedly joined the deputy in the patrol car to stay warm.

Not long after, 30-year-old Natalie Suzanne Saldana struck the patrol car going about 90 mph, according to Sheriff Javier Salazar. Authorities said the crash sent the deputy's vehicle flying into the air, traveling 75 feet and striking the tow truck.

Salazar said the patrol car flipped, landing on top of the man and his wife and pinning them.

The 36-year-old victim, identified as Fred Jolayemi, was airlifted to University Hospital for treatment but later died from his injuries. The deputy and the daughter suffered minor injuries and are in stable condition.

Saldana is now facing a charge of intoxication manslaughter, an upgrade from her original intoxication assault charge.

"Her legal troubles have only just begun at this point," Salazar told KSAT.

According to reports, Saldana had been at a graduation party at a bar, where she consumed four alcoholic beverages containing vodka. Authorities have not disclosed her blood alcohol content at the time of the crash.

"Just one night of indiscretion, one bad decision to get behind the wheel, she's affected a lot of people's lives much worse," Salazar said.