Report: Two-Thirds of Fired San Antonio Cops Won Their Jobs Back in Arbitration 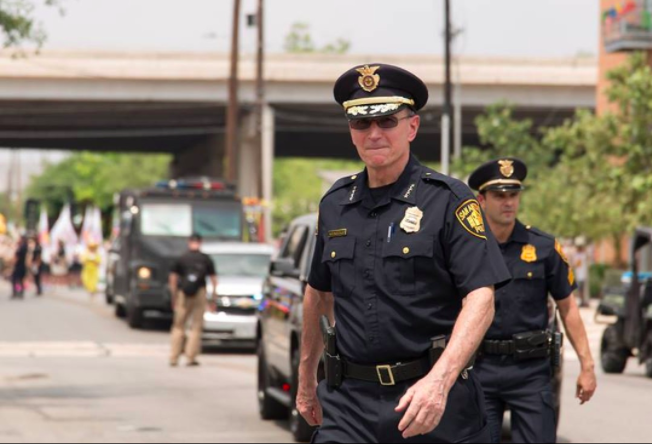 Roughly two-thirds of San Antonio Police Department officers fired during the past decade were reinstated after arbitration hearings, according to an analysis of public data by television station KSAT.

Of 40 officer firings between 2010 and 2019, only 13 were upheld in arbitration hearings guaranteed by the city's contract with the police union, KSAT reports. That means 27 officers terminated over that period were allowed to return to duty.

Under the city's collective bargaining agreement with the union, officers are guaranteed the right to appeal their terminations via a hearing with a third-party arbitrator.

That process has come under increased scrutiny recently after the reinstatement of several SAPD cops who faced headline-grabbing accusations:

In November, an officer fired for using the N-word during his arrest of a black suspect won his job back in arbitration.

In spring of last year, a bike cop fired for trying to give a homeless man a sandwich filled with dog feces was reinstated after his hearing. He's now awaiting arbitration on a second indefinite suspension over a separate incident.

In 2017, an officer disciplined for challenging a prisoner to a fight for his freedom and for incorrectly handling evidence had his indefinite suspension scaled back to 45 days.

Even so, at least one 2019 termination — that of an SAPD officer accused of smashing his then-fiancee’s face with a rock — was upheld during the arbitration process.

In November, SAPD Chief William McManus expressed frustration about the reinstatement of the officer fired for using a racial epithet, warning that such behavior harms the department's reputation.

"I stand by my decision to indefinitely suspend [the officer]," McManus said in a written statement. "This kind of behavior erodes the trust and legitimacy that the community places in the San Antonio Police Department."

Union arbitration clauses have also come under fire from police-reform groups, who argue they remove accountability and allow rogue officers to operate with impunity.

"It's very hard to maintain discipline in a police department especially when at every turn you have cases that wind up getting overturned, people brought back, and in many cases for some very, very serious allegations," Philadelphia's then-Commissioner Charles Ramsey said after a 2013 report found that 90% of that city's fired officers ended up back on the force.

The City of San Antonio and its police union are expected to hash out details surrounding terminations and arbitration when they begin negotiating to replace their five-year contract that expires next year.