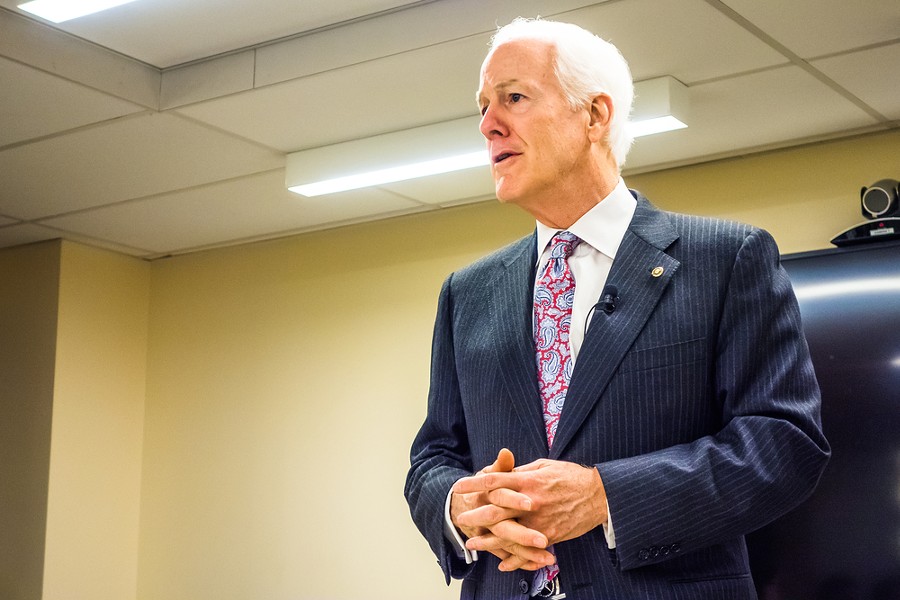 Say what you will about Sen. John Cornyn — he's loyal. If not to his constituents, certainly to his commander in chief.

During a weekend appearance on CBS's Face the Nation, the Texas Republican went full-on Racehorse Haynes to defend President Donald Trump ahead of the Senate impeachment trial that got underway Tuesday.

First, Cornyn pooh-poohed the findings of a federal watchdog report that the president broke the law when he withheld aid to Ukraine to pressure the country into investigating political rival Joe Biden.

Crime? What crime?
"[It's] certainly not a crime and something that no one had ever dreamed in the past would have risen to the level of impeachment," Cornyn said during the program.

And if that wasn't enough to prove he has the boss' back, Cornyn argued that Trump's personal attorney, Rudy Giuliani — who's admitted playing a key role in the Ukraine scandal — is just “not relevant” to the impeachment trial.

“That's a relationship that causes some of us to sort of scratch our heads,” the senator said. “But I'd say he's not relevant to the articles and what the Senate is going to be asked to do, impeaching a president for the third time in American history for a non-crime over events that never occurred.”