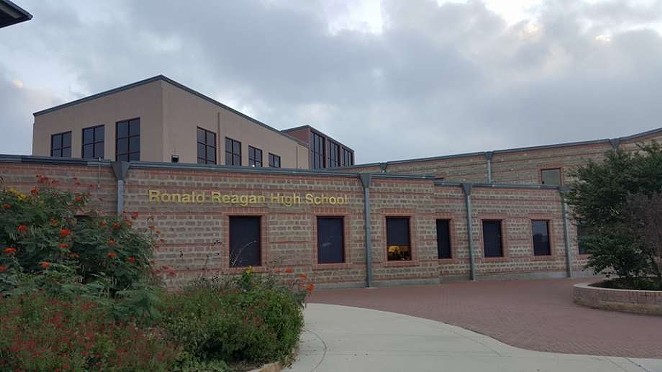 Officials believe the Reagan High School student, who has not been identified, died of an apparent suicide. Police are investigating the incident as such.

Brenda Shelton, the school's principal, sent a letter to parents Monday afternoon, explaining that staff members called 911 and attempted life-saving measures after the student was discovered in a weight room at the campus.

"I struggle to send news like this ... but I want to make sure you have accurate information so that you are prepared to speak with your children about the situation," Shelton wrote.

Investigators don't believe anyone else was involved in the student's death.

Shelton said counselors will be available to speak students in the aftermath.

The National Suicide Prevention Hotline is a vital resource to anyone experiencing suicidal thoughts. The line is free, available 24/7 and accessible at 1-800-273-8255.