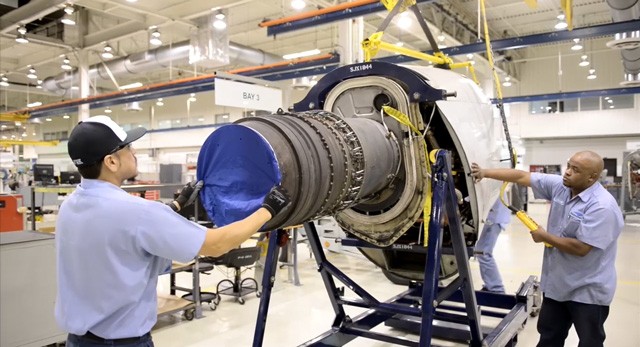 Officials with Standard Aero were unavailable for immediate comment on how loss of the work would affect staffing levels.

The aerospace firm currently employs hundreds of people at an 800,000-square-foot operation at the former Kelly Air Force Base. The site does engine work for the Air Force, the Navy, commercial aircraft companies and allied militaries.

In a statement, Doggett said workers and the U.S. military are shouldering the burden for the border barrier Trump once said Mexico would pay for. A similar reallocation of defense funds last year killed an $18.5 million construction project at San Antonio's Camp Bullis.

“Mexico is not paying for his wasteful wall, as Trump repeatedly campaigned," said Doggett, a Democrat who represents San Antonio and Austin. "Instead, it is built at the expense of our armed forces and those who work to keep our nation strong. What a disappointing wall of indifference to our national security.”