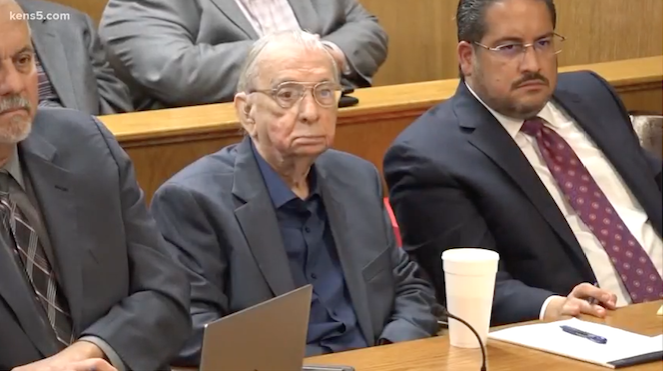 An 87-year-old former priest convicted of killing a McAllen woman after she attended confession at his church has died.

An inmate in Texas State Penitentiary at Huntsville, Feit was convicted in 2017 for the 1960 murder of Irene Garza, a 25-year-old teacher. Garza reportedly attended confession at Sacred Heart Catholic Church with Feit in April 1960 but never returned home. Her body was found in a canal five days after her disappearance.

Garza had been beaten, raped while unconscious and suffocated, an autopsy revealed.

Feit wasn't convicted until decades after the crime. In the years after Garza's murder, he reportedly left priesthood in 1972 and got married. It wasn't until his trial that witnesses testified that Feit had "deviant tendencies." One said the former priest was excited at "the sight of [women] kneeling for prayer," while another said Feit warned after Garza's death that she would be "next, honey."

During the trial, prosecutors presented evidence that the Catholic Church had conspired with law enforcement in McAllen to avoid charges against Feit, then 27, and an ensuing scandal. Instead, Feit was sent to a center for "troubled priests" in New Mexico.