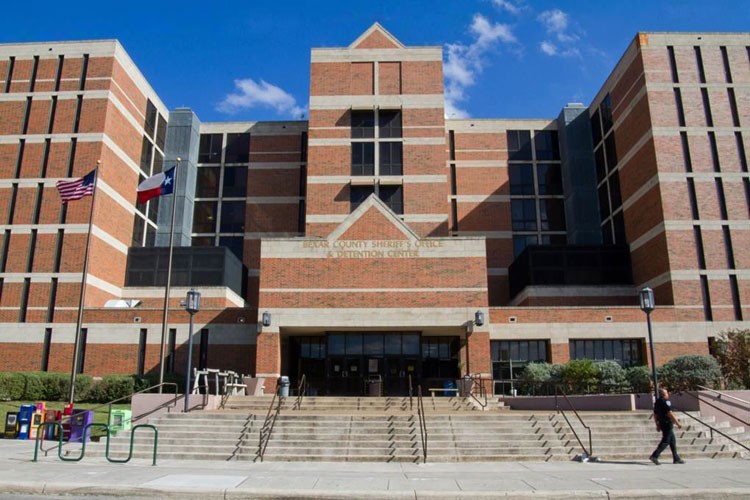 A Bexar County inmate has died in jail, for the second time in a week.

According to multiple reports, a 64-year-old inmate suffered a "cardiac episode" Sunday afternoon and died in the medical section of the Bexar County Adult Detention Center. He was reportedly waiting to be transported to University Hospital for further treatment.

Authorities say the man's death may have been caused by an existing medical condition.

According to KSAT, the man, who hasn't yet been identified, was booked into the jail February 9 on a theft charge under $2,500. The charge was upgraded to a state jail felony due to his criminal history. His bond was set at $3,000, but he could have bonded out for $300.

The man's death comes less than a week after a female inmate, Claudine Marie Parisi, suffered cardiac arrest at the jail. The 50-year-old woman reportedly had an enlarged heart due to drug use. She had a bond of $200 and needed to pay $20 to be released to await trial.

"But when you are homeless and mentally ill and in poor health, that might as well be a million-dollar bond," Sheriff Javier Salazar told KENS 5. "Because you don't have $20 to your name."

Salazar said deputies are undergoing medical training in response to the deaths. He also said the county must find a solution within the legal system so those with health issues — whether physical or mental — can receive treatment rather than be housed at a jail.

"I am not advocating for just opening up the jailhouse doors and letting people out into society," Salazar told the station. "But let's find a hospital bed for them, let's find a mental health bed for them. This is not the place for them — clearly."