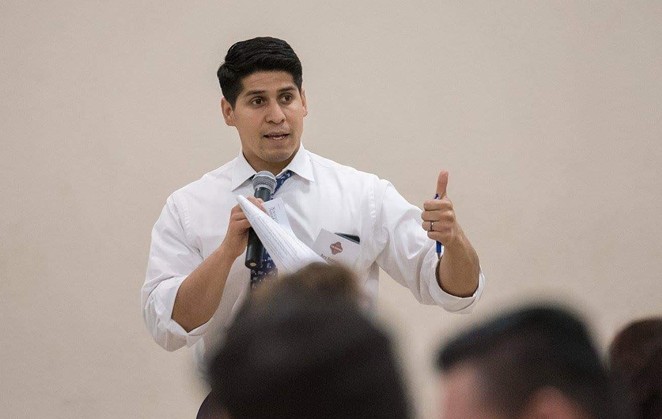 VIA Metropolitan Transit chairman Rey Saldaña, who also served four terms on city council, will depart the Alamo City to head Communities In Schools, a DC-based nonprofit that aids students in low-income schools.

Saldaña, 33, campaigned for council as an education advocate, and he serves as regional advocacy director for Raise Your Hand Texas, another nonprofit that supports public education.

“It feels like I’m going right back into the work I always pictured myself going into,” Saldaña told the Express-News of his new role.

According to the daily, Saldaña will be the first Communities in Schools CEO to hail from Texas and the first who benefited from the program during his own school years.

While Saldaña was attending South San Antonio High School, CIS encouraged him to send applications to top colleges such as Stanford, where he earned a pair of bachelor’s degrees and a master’s in education policy.