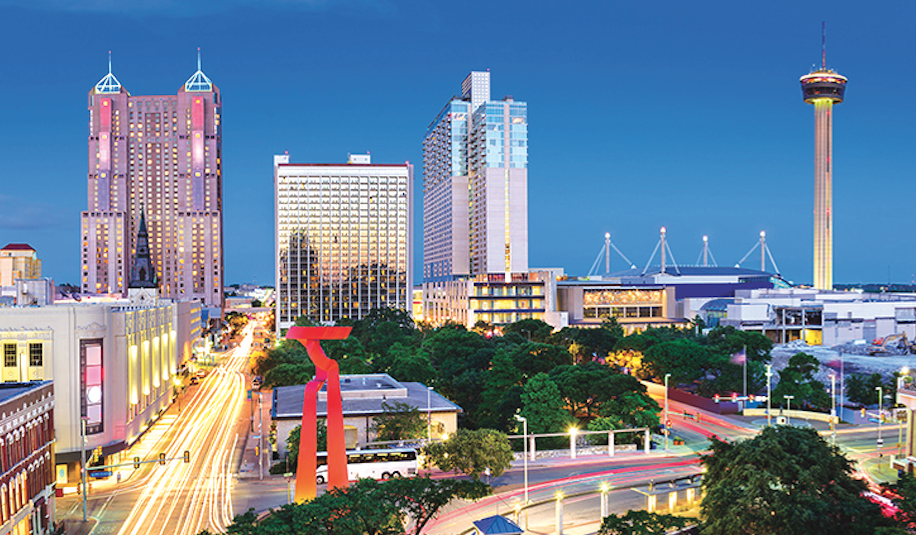 A preoccupation — indeed, an obsession — on the part of San Antonio’s business and political leadership with the size of the city is nothing new. For generations, they have sought to portray it as large and important: a great city. That “great city” language led the editorial page of the San Antonio Express almost daily beginning in 1922. And by mid-1928, “greatness” had a very particular meaning.

San Antonio had long been the largest city in Texas, a distinction widely repeated by city leaders. By 1920, its population of 161,379 put it barely ahead of Dallas, which had 158,976 residents.

The ’20s were a decade of boom for San Antonio and South Texas, with the Census Bureau putting the city’s population at 218,100 as of July 1, 1928. And with the headline “Growing Sturdily—and Keeping First,” the Express voiced the editorial opinion that “in Texas as in many another states, each large city is stimulated to put forth its best effort toward every sort of development, hoping it will be found first in the 1930 [Census] enumeration.” While the newspaper argued that “San Antonio must await that count with every confidence,” it noted the city’s lead “has thus far been accomplished without resort to extending the corporate area, as most other cities have done.”

Indeed, San Antonio was still the same 36 square miles it had been in 1856, while Dallas and Houston had each carried out vigorous programs of annexing suburban areas. If San Antonio was to continue “keeping first,” it was time for the city to reach out and annex the suburban ring encircling it.

The Express’ clarion call came at a time when city officials were already considering annexation. Earlier in the year, city commissioners had begun to consider an annexation program “to assure San Antonio its leading position among Texas cities when the government census is taken in 1930.”

“If it is necessary to keep first, however, I am for it,” Commissioner Paul Steffler told his colleagues. “That is, where there is no serious objection.” But Steffler’s colleagues were less certain about the value of a major annexation effort, particularly for areas that would produce less taxable property value or require substantial new public spending.

By the end of the year, there was sufficient support on the city commission to put a charter change on the ballot that would permit annexation of outlying areas. The charter change passed overwhelmingly on December 1, and Mayor C. M. Chambers set about selling the virtues of joining San Antonio to the residents of Harlandale, Hot Wells, Los Angeles Heights and Terrell Hills.

Chambers promised citizens of Los Angeles Heights that annexation would bring an extension of the city sewer system, new water lines, a fire station and branch library — and the possibility of joining the San Antonio school district. What’s more, Chambers argued that while the charter change allowed San Antonio to take in all of Bexar county, “it was his intention merely to acquire enough suburbs to keep San Antonio the first city in the state in population. … Dallas and Houston had now acquired all the suburbs surrounding those cities to swell their population and that San Antonio was going to do likewise.”

The annexation plan ultimately adopted by the city commission more than doubled the city’s land area, to a total of 81 square miles, seemingly assuring enough new residents to keep San Antonio in its top ranking. And to bring the promised new facilities and services to the suburban areas, the commissioners put a major bond issue on the ballot in April 1930, calling for public support of the spending needed “to keep San Antonio first in Texas.”

The bond issue succeeded at the polls. But some residents of the newly annexed area — “a few rich people,” Chambers claimed — sued to block the annexation, and won. With the annexation ruled void, the 1930 Census figures neatly put San Antonio in third place, well behind Houston and Dallas. The city wouldn’t attempt an annexation for another decade.

The quest to “keep first in Texas” can appear both quixotic and petty today. City leaders could have, and should have, been dealing with the real issues the city faced at the onset of the Great Depression. It was a time when much of the local population was plunged into abject poverty and desperation. The community also faced a host of severe public health problems. But then, much as now, the symbolism of being a “big city,” growing and on the move, was what entranced and motivated local boosters. The imperative today shouldn’t be “bigger,” it should be “better.”