Despite Glitches at Some Polling Places, 42,000 Bexar Residents Have Cast Ballots So Far 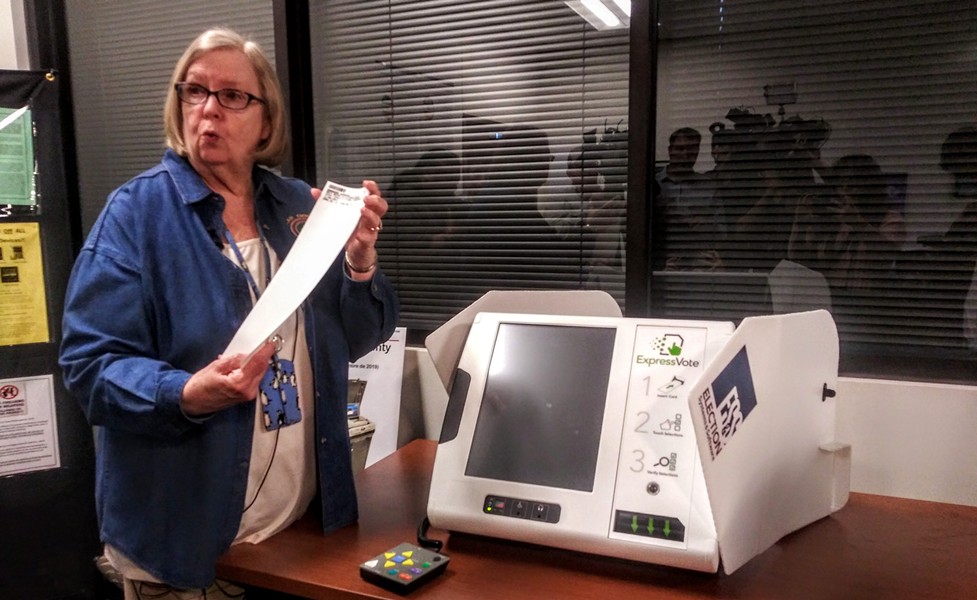 But not without glitches.

Bexar County Elections Department reported that 42,441 people voted as of 1:30 p.m. Tuesday, the widely-watched primary election referred to as Super Tuesday. However, poll watchers say they received reports of technical problems at 10 locations, including the busy John Igo Library and Copernicus Community Center.

"My phone's been ringing with complaints since the polls opened at 7 o'clock," District 4 County Commissioner Tommy Calvert said, adding that by 11 a.m. all had been ironed out.

Calvert worked with nonpartisan group Common Cause and other voting rights organizations to monitor for potential snags or attempts to disrupt the election process.

Bexar County recently replaced its voting machines, which raised the possibility of technical problems, said Joaquin Gonzalez, an attorney with the Texas Civil Rights Project, one of the groups participating in the effort. Dallas, which also recently switched voting machines, also experienced glitches, he added.

"Across the state, it seems like there's been a lack of preparedness and proper infrastructure," Gonzalez said. "But nothing we're coming across suggests anything more nefarious."

Three attorneys and roughly 30 volunteer poll monitors were on the ground in Bexar County, according to Gonzalez.

Calvert said early preparation by poll monitors helped ensure that the problems were sorted out quickly. However, he said the vote-counting debacle in Iowa and recent warnings from federal elections officials about Russian election meddling warrant scrutiny until all votes are counted.

"The country's election system is actively under attack," Calvert said. "We have to remain strong and vigilant at all times. That's why we're watching this like a hawk."