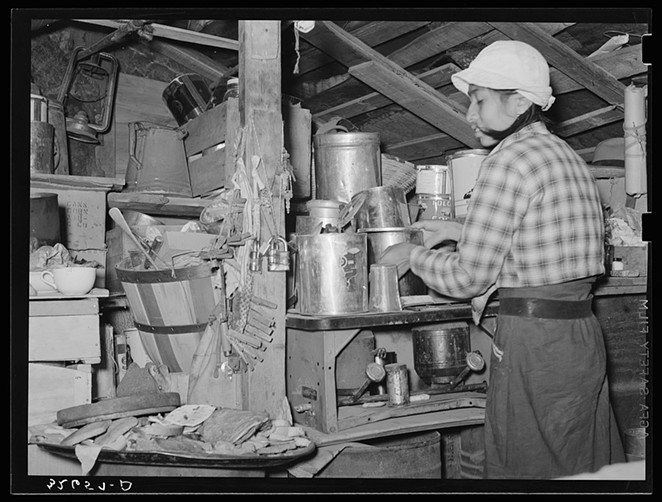 In these fraught and uncertain times, the measure of a community is how it deals with its neediest and most vulnerable. As we face the impact of the novel coronavirus, we need to recognize the lessons and failures of the past and consider the broader needs and imperatives of a true community.

By the fall of 1939, San Antonio was a decade into the dislocation and ravages of the Great Depression. Some in this city faced a particularly difficult situation, after the city’s notorious pecan shelling plants closed and piece-work garment manufacturing shut down in the face of wage requirements under the Federal Wage and Hour Law. Local social workers, led by Brother Herbert Leies of St. Mary’s University, pressed city and county government leaders to take action, painting a “picture of ‘slow starvation’ in San Antonio.” Maury Maverick, the mayor at the time, said he’d discovered “90 per cent of the children in West side clinics were suffering from malnutrition.”

Maverick joined with County Judge Charles W. Anderson in mid-September 1939 in appointing a special Welfare Investigation Committee to assess local relief needs. The government leaders looked to a number of the city’s most prominent business and civic leaders, with the committee chaired by Col. W. B. Tuttle, president of the San Antonio Public Service Company, the predecessor to CPS Energy. Tuttle was joined by banker Franz Groos, hotelier Gus Menger, Standard Electric President Leo Dubinski and others, charged to provide a “true picture” of the needs of San Antonio-area residents.

The fact-finding group delivered a report the following month, documenting the millions spent the prior year on work relief, primarily by the federal government. The report also acknowledged “a great deal of malnutrition, particularly among the children of Latin-American extraction.” But after noting the problem of low wage industries in San Antonio, the report focused on just one portion of the city’s populace:

“The committee finds that in San Antonio and its suburbs the Latin-American population is the most serious problem,” the authors wrote. “San Antonio formerly was home of a great many persons of Latin-American extraction who played a leading role in making the cotton crop in Texas. … The tremendous shrinkage in the cotton acreage and crop in Texas resulted in the concentration of many of these people in San Antonio without means of support and has placed a burden locally of taking care of the machinery that formerly served a large part of the southwest.”

And the response of these business leaders to the “burden” of this population?
“The Latin-American population constitutes a large racial minority, and at its present rate of increase will soon become a racial majority in San Antonio,” they explained. “The schools are already crowded with children of Latin-American extraction. The committee believes that there are many Latin-Americans in San Antonio for whom there is not opportunity for gainful employment in the near future. For that reason, it is believed that consideration should be given to the redistribution of population, and that some of these families should voluntarily return to the small towns and farms from which they have come, and that other families should be repatriated.”
Rather, alien populations weren’t assisted by relief in other countries, and “[i]t therefore seems only fair that the matter of repatriation be considered carefully both by the City of San Antonio and the Mexican Government.”

The views of these leading lights of San Antonio business community were not shared by others in the city. A group led by Rabbi David Jacobson of Temple Beth El succeeded in pressing Mayor Maverick and the city commission to fund a more substantial, independent analysis of local welfare needs and the role of public and private agencies in meeting them. Yet it is vital to recognize that for some here, malnutrition and slow starvation were simply seen as not our problem.

Now, as thousands of San Antonio’s working people face unemployment and financial distress, we need our leaders — public and private, for profit and nonprofit — to build a contemporary relief and support system, one that recognizes that we here are in this together, and that we cannot necessarily rely on the state or national government to sustain us.