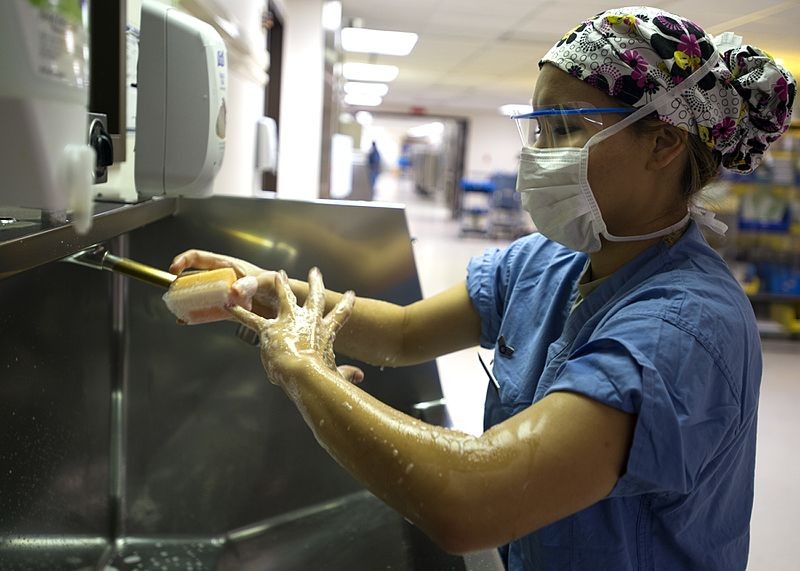 The U.S. military says it will no longer report the number of COVID-19 diagnoses at its bases, triggering cover-up accusations by San Antonio and Bexar County officials.

On Friday evening, a coronavirus webpage set up by Joint Base San Antonio confirmed 28 local military personnel, dependents and retirees had tested positive for COVID-19. However, shortly after, the tally was erased from the page, the Express-News reports.

The Pentagon, citing security concerns, on Monday told national news media that it's stopped offering a facility-by-facility breakdown of cases. Going forward, it will only offer updates to its aggregate infection numbers.

“I don't know what the rationale is, but the public has a right to know,” Bexar County Judge Nelson Wolff said in an interview with the Current. "Employees at the bases need to know. That's something we need to be very careful about."

Few of the roughly 87,000 people working at San Antonio-area military facilities live on base, heightening the potential for infections to spread through the larger community, Wolff said. That makes it vital for local health officials to be able to track on-base cases.

As of Monday, there were 1,087 COVID-19 cases across the Department of Defense. Those numbers, which include both military and civilian personnel, increased by 67% over the weekend.


"This is a global pandemic, and the public has a right to know the number of COVID-19 cases within our community," San Antonio Mayor Ron Nirenberg said in an emailed statement. "Additionally, the lack of information is complicating a coordinated pandemic response at the state and federal level."

City and county leaders are already at odds with the Trump White House over its lack of transparency when it shipped Americans evacuated from Wuhan, China and stranded cruise ships to Lackland AFB for federal quarantine.

“It’s disconcerting,” Nirenberg told the Washington Post earlier this month. “Throughout the course of this, what I’ve seen is that the lack of coordination at the highest levels of this president’s administration is simply stunning.”