After Refusing to Call His Action a 'Stay at Home Order,' Gov. Greg Abbott Issues a Video to Clarify 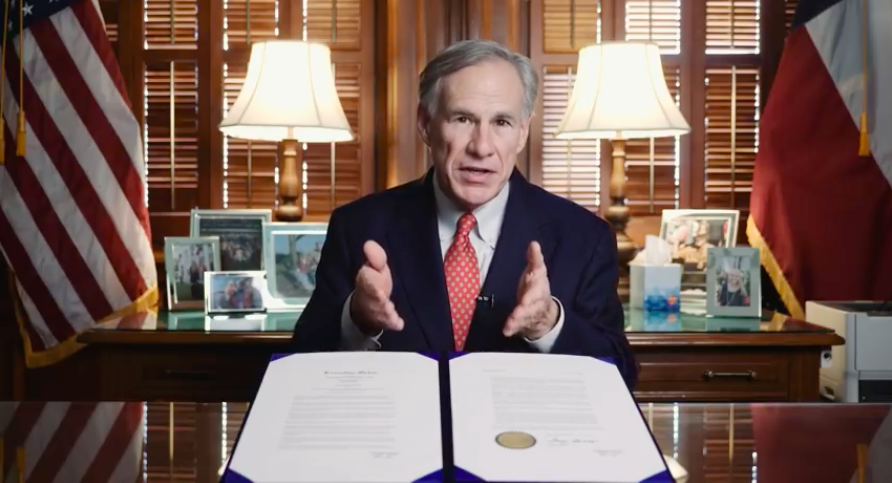 After handing down an executive action Tuesday rife with verbal gymnastics to avoid being called a "stay-at-home order," Texas Gov. Greg Abbott has since posted an online video trying to explain exactly what he meant.

In the clip posted lated Wednesday afternoon, Abbott displays the document on his desk and explains that it "requires all Texans to stay at home." That's the best way, he adds, to lower the rate of COVID-19 infections.

“Now, I know this is a great sacrifice, but we must respond to this challenge with strength and with resolve," the Republican governor says before signing off with a "God bless you all."

Here's the problem: Abbott dug in his heels at calling his original mandate a "stay-at-home order," rejecting language used by other states and municipalities — including San Antonio — to describe similar strategies.

“This is not a stay-at-home strategy," Abbott stated emphatically during his Tuesday announcement. "This is a standard that is based on essential services and essential activities.”

Critics argue Abbott's unclear verbiage was intended to show he's leaving local officials freedom to set their own rules on social distancing. "Local control" has been a political drumbeat for Abbott during his time in office, even if he's applied it selectively.


But the governor himself argued that he didn't want to use the phrase "stay-at-home" because people might construe it as meaning they can't leave their homes under any circumstances.

Whatever the case, the lack of clarity has become ammunition for critics, who say the confusing language displays irresponsible lack of leadership. With cases of COVID-19 climbing, representatives for both the Texas Hospital Association and Texas Nurses Association this week begged the governor to issue a stay-at-home order.

To date, Texas is the largest state without a stay-at-home order — or at least a governor willing to define his strategy as such.

“This is about saving thousands of lives. For this to work, state lawmakers need to give Texans direction to stay at home — there should be no question about what we need to do to keep each other safe,” said Ed Espinoza, executive director of Progress Texas. “Gov. Abbott’s lack of clarity on a statewide stay-at-home order is irresponsible. The public needs clear directions during this global pandemic.”