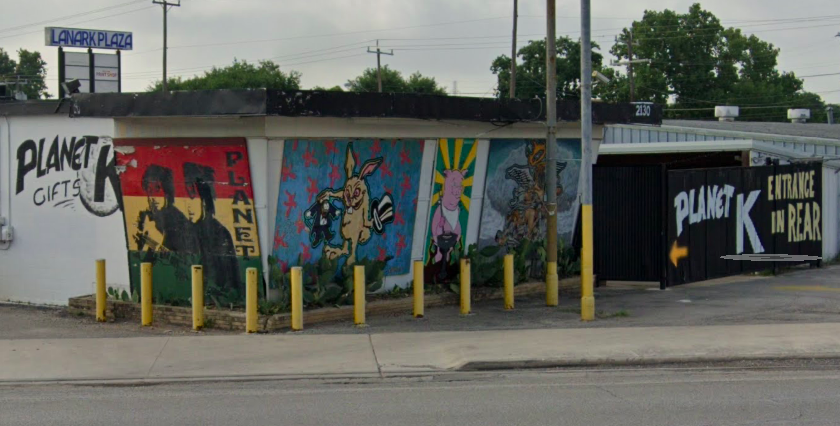 The owner of the Texas smoke shop chain has a lengthy history of duking it out with municipalities and the state over anything from parking a junked car in front of a store to displaying a political sign along a state highway without approval. Some of those disputes have ended up in court.

After issuing at least 13 citations to Planet K's five local stores for violating the city's stay-at-home order, San Antonio officials on Wednesday revoked the certificate of occupancy for the chain's Austin Highway location.

During a Wednesday night address, Mayor Ron Nirenberg offered a blunt assessment of the store's refusal to follow the order: “I mean this is a pandemic, we have zero tolerance for fools.”

Kleinman held an impromptu press conference Wednesday and fired off a lengthy news release defending his shops' right to stay open. He argued they should be classified as convenience stores because they now sell essentials such as toilet paper, hand sanitizer and foodstuffs.

Universal City has allowed the one Planet K in its jurisdiction to remain open to offer curbside service, and other municipalities have allowed the outlets to remain in operation.

However, in a statement supplied to the Current, San Antonio officials said if Planet K wants to keep operating here during the order, it must convince the state of Texas to qualify it as an "essential business" — the standard the city used to decide who can stay open during the pandemic.

"If Planet K receives such a designation from the State we will treat them as an exempt business," the statement reads.

But if past experience is any guide, San Antonio won't be hearing the last of Michael Kleinman on the matter.

A late-2000s skirmish with San Marcos over his right to display a junked vehicle he'd paid artists to turn into a cactus planter in front of his Planet K in that city turned into a lengthy court battle that only ended once the U.S. Supreme Court declined to hear it on appeal.

Later, a legal fight between Kleinman and Texas officials over his right to display a sign supporting Republican Ron Paul’s presidential campaign outside his store in Bee Cave ended in 2016 with a state appeals court striking down key sections of the state's Highway Beautification Act.

More recently, Kleinman's engaged in an eight-month fracas with the city of Bryan over city codes that resulted in 30 citations, a lawsuit and holding open-air markets in the unopened store's parking lot. The store opened last August after Kleinman and the city finally hashed things out.

Those with a betting inclination may want to put their money on Kleinman seeing San Antonio in court soon.