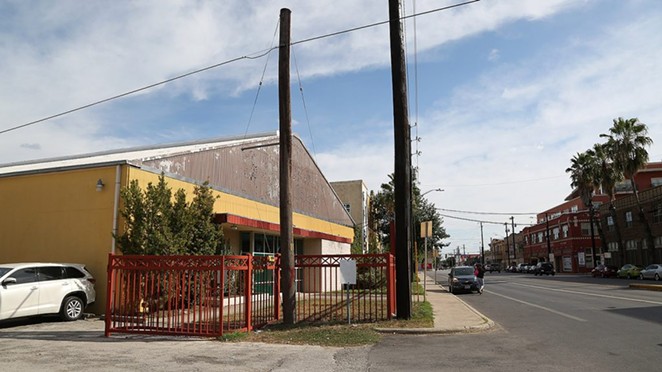 The local developers behind a $56.1 million, 292-unit mixed-used project in the Lone Star District have now partnered with the San Antonio Housing Trust, a nonprofit entity tied to the city that’s able to grant a full property tax exemption to the builders it partners with.

Since 2016, Rajeev Puri and James Schuepbach have been planning a market-rate apartment development on South Flores and East Cevallos streets with office and retail roughly the same size as the adjacent Cevallos Lofts in Southtown. Now that they have partnered with the San Antonio Housing Trust Public Facility Corp. (PFC) and are due to receive a property tax exemption, they must offer half the apartments to households making below the area median income.

The unnamed project near South Alamo Street will now offer 144 units at market-rate rents; 118 units to people making 80% area median income (AMI) or less ; and 30 units at 60% AMI or less.

“That area has experienced a phenomenal amount of growth, and it is one of the cool, trendy places in San Antonio right now,” Schuepbach, who’s been planning this development since 2009, told the San Antonio Express-News in 2016.

In order to solidify the deal, the Housing Trust PFC must purchase the land from its owner, Puri, before the property tax exemption, which is granted under state law to PFCs that partner with developers offering half the units below market rate, can take affect. The sale between Puri and the Housing Trust PFC is expected to close within 45 days, said Pete Alanis, the Housing Trust’s interim executive director, who declined to give the sales price.

Not paying property taxes for the duration of the ground lease—in this case, 75 years—is considered to be one of the most lucrative public subsidies available today.

Not without reservation from Courage, who has argued for deeper affordability if developers receive tax breaks. He has said 80% AMI, which is $71,000 for a family of four in the San Antonio region, according to the U.S. Department of Housing and Urban Development (HUD), does not represent the median income of most San Antonians, and lobbied for more 60% AMI apartments.

“We’ve struggled with 80% AMI for a long time because the AMI is so much higher than for people who live in the city,” Courage said.

Alanis said the downtown area needs apartments at all price points especially in stagnant pockets such as this one.

Alanis also pointed out that Puri and Schuepbach’s development is the second PFC partnership that includes 60% AMI apartments that are hardwired into the financing. In previous PFC deals, the PFC would waive the development fee—a savings to the developer—in order to lower some rents to 60% AMI.

“We don’t have to contribute any of our projected revenues to buy down units from 80% AMI to 60% AMI,” Alanis said.

With this project, Puri and Schuepbach pay the PFC $500,000 in fees. Those are revenues the PFC collects, as well as 15% cash flow from the apartments, estimated at $1.02 million over 10 years.

In recent years, Puri and Schuepbach received lesser tax break arrangements from the city and county for its project, but couldn’t make the numbers work. In November, the developers approached the PFC seeking the full property tax exemption.

In 2011, the adjacent Cevallos Lofts was the first Housing Trust PFC development, in which it partnered with NRP Group.

Puri and Schuepbach did not responded to interview requests for this report.