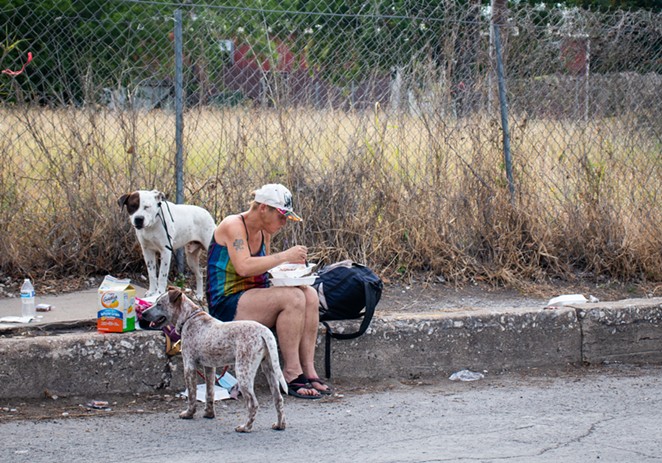 The San Antonio Regional Alliance for the Homeless this week released the results of a new data analysis showing a year-over-year increase in the city's homeless population.

The numbers are based on a January tally of the city's homeless population, referred to as a point-in-time, or PIT, count.

The 2,932 total homeless people surveyed in the most recent PIT count represents a 2% increase over the count conducted a year ago. Of most concern to SARAH in this year's numbers is a 7% increase in unsheltered homelessness, compared to a 2% decrease in those with access to shelter.

"More emphasis is needed on developing safe and affordable housing options and connecting the unsheltered population directly to housing with supportive services," SARAH said in its report.

The PIT count is a survey major cities conduct to gain an accurate count of their homeless populations on a given night. Conducted on January 23, these snapshots inform local providers about the number and characteristics of local homeless populations.

Kenny Wilson, CEO of the Haven for Hope shelter, said the topic of unsheltered homeless is always of concern, but more so this year since the number has risen. Over the past ten years, San Antonio has seen an 8% increase in unsheltered homelessness.

Wilson attributed the rise to the city's growth, adding that 500 new people arrive here daily. He also said a lack of affordable real estate plays a part. Some Haven for Hope residents were priced out of their apartments based on market demand.

Those on the margins could be even more vulnerable as coronavirus-induced closures make a prolonged economic downturn almost inevitable, Wilson added.

"I have to believe with the number of jobs that are lost, with so many people living on the edge anyway, I think homelessness is going to grow," he said. "We have to figure out a way to shelter people with affordable housing, safe affordable places to live."

Lately, a chief concern for the city's unsheltered population has been access to resources and safety provisions amid the coronavirus. The Department of Human Services established resource hubs to provide food, shower and health supplies in convenient locations across the city.