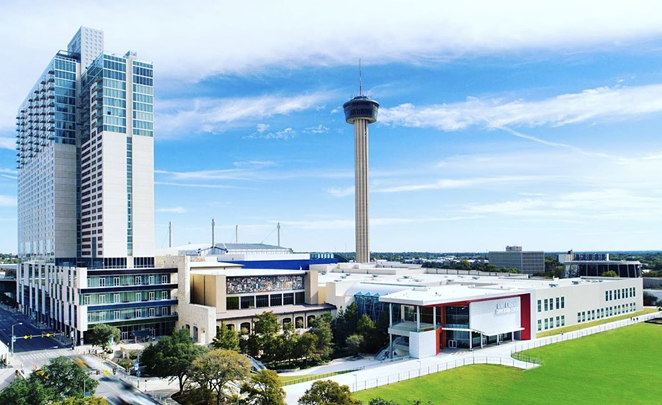 Editor’s Note: The following is City Scrapes, a column of opinion and analysis

The clock is running down for local and state leaders to ensure voters won’t be risking their lives this election season.

Sometimes the most relevant and telling news for San Antonio comes from somewhere else. So it is with Danny Ecker’s recent story in Crain’s Chicago Business.

Headlined “Chicago Loses One of Its Biggest Conventions,” Ecker reported that the 2020 annual meeting of the Radiological Society of North America (RSNA), scheduled for late November, would be held virtually. The story goes on to describe the loss of the event and its projected 52,000 attendees as a blow to McCormick Place and its owner, the Metropolitan Pier and Exposition Authority, as well as to Chicago’s economy.

The immediate message of the shift of the RSNA event to virtual form is that the impact of the COVID-19 pandemic on major meetings is far from short-term. There will undoubtedly be more cancelled in-person events, and a continuing shift to virtual formats for the balance of this year, and into next year. And as meeting organizers experiment more with virtual events and alternatives to traditional conventions, attendance at major convention venues will shrink going forward, perhaps for a very long time.

But all of that is still uncertain for now, with the full impact of the pandemic — and the public’s fears going forward — not at all clear. What is clear, and unsaid in the Crain’s article, is the recent history of the annual RSNA meeting in Chicago. The radiologists have met in Chicago’s McCormick Place for decades. But in recent years, that annual event has attracted fewer and fewer attendees. RSNA saw total attendance of 62,501 in 2007, before the impact of the 2008 Great Recession. It has not come back to that peak in the years since, with attendance in 2019 at just 49,310.

The decline in attendance at the radiologists’ meeting is far from unique. Attendance at the annual scientific sessions of the American Heart Association fell from almost 27,000 at the 2006 meeting in Chicago, to just 15,200 last year in Philadelphia. It’s been much the same with the meetings of the ophthalmologists, the orthopedic surgeons, the dentists, and even the annual biotechnology event BIO International marked attendance declines in the years since 2008.

What’s the relevance for San Antonio? First, we’ve spent decades — and hundreds of millions of public dollars — investing in the competition for convention business. The Henry B. Gonzalez Convention Center has been expanded, and expanded again, most recently just in 2016 at a cost of $325 million. There’s the cost of hotels, notably the 1,000-room city-owned Grand Hyatt and its $282 million in bond debt backed by the citywide hotel tax. And let’s not forget the Alamodome, originally justified as a “multipurpose convention and sports facility.”

That’s millions in public dollars in search of more convention business. And what have we realized? In 1995, the city counted 744,954 hotel room nights produced by meetings both at the HBG Center and individual hotels. Last year, the total of meeting room nights came to a whopping 766,259. That’s not much of return on our investment. Now, faced with the new reality of a dramatically changed environment for meetings and travel generally, we need to plan as a community to adapt our economy and our workforce.

The national convention market was overbuilt and a buyer’s market before the pandemic, with cities from Atlanta to San Diego literally giving away their convention center space.

That means reduced opportunities and lower incomes for everyone from hotel housekeepers and front desk staff to banquet servers, restaurant waitstaff, bartenders and managers. They all need and deserve a second chance, not just temporary aid with federal stimulus funds.

And San Antonio desperately needs to build a new kind of economy that offers a viable future for all of its citizens in the years ahead.